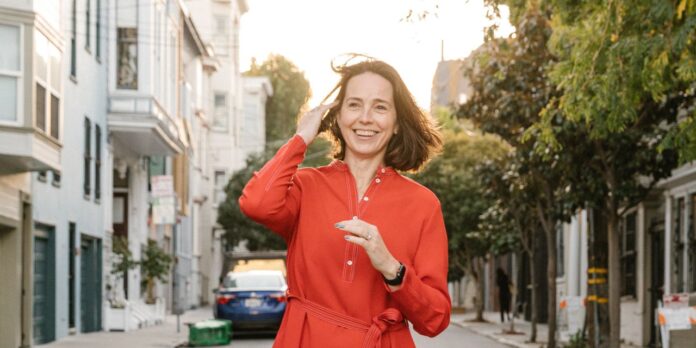 In Personal Board of Directors, top business leaders talk about the people they turn to for advice, and how those people have shaped their perspective and helped them succeed. Previous installments from the series are here.

When Sarah Friar landed in Silicon Valley, she thought it would be a temporary stay. Two decades later she runs a San Francisco social media network used by one in four U.S. households.

It started in the late 1990s when Ms. Friar was a young consultant with McKinsey & Co. in London, and many of her colleagues wanted to attend Stanford University’s business school in California. She followed suit, thinking she would return home to the U.K. in two years. But dot-com mania struck, and after getting her M.B.A. she took a job analyzing technology stocks for

and Square Inc., Ms. Friar in 2018 became boss of Nextdoor Inc.—a neighborhood-focused social network where locals come to swap recommendations for babysitters and handymen and post rooms for rent and items for sale.

Nextdoor came into its own during the pandemic, Ms. Friar said, with the number of daily active users increasing by 50% in 2020. Neighbors turned to Nextdoor in search of help with navigating school closures, securing vaccine appointments and dealing with the stresses of lockdowns and stay-at-home orders. Nextdoor says it is now in use by one in four U.S. households.

Outside of work, the Northern Ireland native coaches other female executives on their professional development, including advice on how they should cultivate their own personal boards of directors.

“Go find someone that almost scares the life out of you. Go ask [them] to be a mentor or board member for you personally,” said Ms. Friar, who serves on the boards of

“Those mentors have often been somewhat career and life-changing for me.”

Here are four of her most trusted advisers:

Ms. Friar grew up in the village of Sion Mills in Northern Ireland during The Troubles, the three-decade conflict between Catholics and Protestants that killed and injured thousands. She credits her father, Harry, the personnel manager at the local mill, with helping foster kinship among residents in the midst of that sectarian strife.

For years, Mr. Friar volunteered with the village’s school board and other civic organizations there, service that earned him an honor from Queen Elizabeth II. Ms. Friar said she looks to her father’s example as she tries to build closer neighborhood ties at Nextdoor.

“Even though our country was technically at war and we were on different sides, ultimately if we were going to build a really strong community that did right by the kids in the community, by the seniors in the community, then we all had to think as one rather than think of the two separate populations,” Ms. Friar said. “My dad was a huge part of that and continues to be.”

When Ms. Friar joined Goldman’s research division, there was perhaps no bigger name in her field than Mary Meeker. A technology analyst at Morgan Stanley in the 1990s, Ms. Meeker had been dubbed “Queen of the Net” for prescient calls on stocks such as AOL and Dell Computer. Ms. Friar viewed her as a role model.

“This phrase ‘You can’t be what you can’t see’ is a really important one to me,” Ms. Friar said. “It’s especially important for younger women entering the world of any sort of business that they need to be able to look up and see female CEOs, female engineering leaders, female founders, female bankers, whatever.”

In 2019, Ms. Meeker, now a venture capitalist, invested in Nextdoor and joined its board of directors.

Ms. Friar helped persuade former Goldman executive David Viniar to join Square’s board in 2013, bringing Wall Street expertise to a company that was rooted in Silicon Valley. When Square expanded into the lending business around 2014, Ms. Friar used Mr. Viniar as a sounding board.

She also relied on Mr. Viniar’s steady nerves and advice to get through Square’s rocky 2015 initial public offering, which valued the company beneath the range its bankers sought and less than the level where it previously raised money from investors.

“David kept telling me over and over again…‘You will never remember the price the stock went out at,’ Ms. Friar said. ‘Your only job is to execute and ultimately, the market will value you for your execution.’”

From the time of Square’s IPO until just before Ms. Friar announced her departure in 2018, the value of Square’s stock increased 10-fold.

The lending operation that Ms. Friar helped build at Square, called Square Capital, was designed to deliver loans to small businesses that were ignored by banks. As Square Capital was expanding, she was introduced to John Hope Bryant, an entrepreneur who ran a nonprofit that aimed to raise the credit scores of people from underprivileged groups and narrow the racial wealth gap. The two became friends and stayed in touch when Ms. Friar left Square for Nextdoor (she attended Mr. Bryant’s Zoom birthday party earlier this month).

Last year, when protests flared nationwide after the killing of George Floyd, Ms. Friar sought Mr. Bryant’s advice about how Nextdoor could be more useful to underrepresented and minority communities. Mr. Bryant helped her realize the importance of having moderators on Nextdoor that are as diverse as the neighborhoods they serve and of staying the course in addressing racial problems even when solutions may be far off.

“John has been really good at always pulling me back from feeling impotent,” Ms. Friar said.

Write to Peter Rudegeair at Peter.Rudegeair@wsj.com