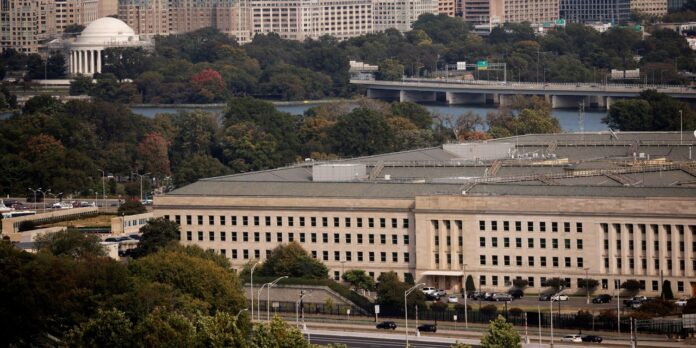 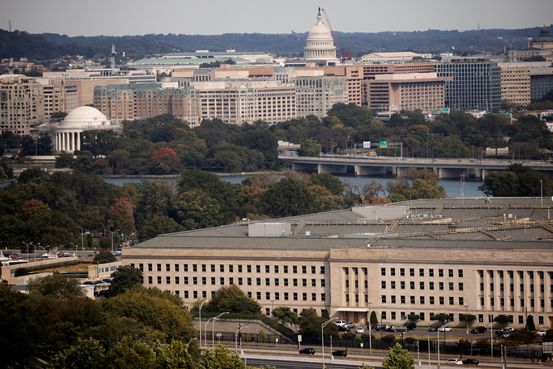 com Inc. in its pursuit of a major government cloud-computing contract, according to letters reviewed by The Wall Street Journal.

(R., Colo.) urged Attorney General Merrick Garland to open up an investigation into the Joint Enterprise Defense Infrastructure procurement process in a joint letter on Monday evening. Amazon was one of a number of technology companies that competed for the Department of Defense’s 10-year, $10 billion cloud-computing contract, but ultimately lost to rival Microsoft Corp.

The letter says Amazon might have violated antitrust laws and federal conflict-of-interest laws. “We are concerned that Amazon may have attempted to monopolize one or more markets relating to government and/or commercial cloud computing services by improperly influencing the Joint Enterprise Defense Infrastructure procurement process,” the letter says.

Amazon has contested the 2019 decision awarding the so-called JEDI contract to Microsoft, its largest cloud-computing rival. Amazon contends that it was treated unfairly in the JEDI procurement process, claiming that former President Donald Trump improperly influenced the outcome and steered the contract to another bidder. The Pentagon has denied those claims.

Last week, Amazon won a procedural victory in that fight when a federal judge rejected motions by the Defense Department and Microsoft to dismiss much of its challenge of the contract award.

Amazon Web Services is the largest cloud-computing company in the world, and the main profit driver for its parent company. In the U.S., Amazon’s cloud-computing arm commands 64.5% of the market, according to research firm

In their letter to Mr. Garland, Messrs. Lee and Buck point to what they say are undisclosed payments between an Amazon consultant and a Department of Defense official. In another alleged conflict of interest, Messrs. Lee and Buck describe a different Department of Defense official who had previously worked as a consultant for Amazon “playing an integral role in drafting directives regarding the Department’s cloud acquisition strategy” despite being instructed to recuse himself from matters regarding Amazon.

A separate letter from Messrs. Lee and Buck addressed to Amazon Chief Executive

requests all communications between Amazon and former Secretary of Defense

as well as the Department of Defense officials they allege had conflicts of interest.

Representatives for the Department of Defense and Mr. Mattis didn’t immediately respond to requests for comment late Monday.

, before the JEDI contract was awarded, publicly raised concerns over contacts between Amazon and Mr. Mattis and other Defense Department officials. Amazon at the time said it had “received no preferential treatment in any procurement as a result of any meetings” with Defense Department officials. The Pentagon said at the time the JEDI bidding process was “open, transparent and full.”

Amazon is the subject of intense antitrust scrutiny from Congress and regulatory agencies both in the U.S. and abroad. Most probes have focused on Amazon’s retail side of the business, and its treatment of third-party sellers and how Amazon uses the vast amounts of data it collects. Last year, a congressional committee exploring the power of Amazon,

Google determined that Amazon has “monopoly power” over sellers on its platform.

More WSJ coverage of the Pentagon’s JEDI contract, selected by the editors

Appeared in the May 4, 2021, print edition as ‘Lawmakers Seek Probe Of Amazon Contract Pursuit.’