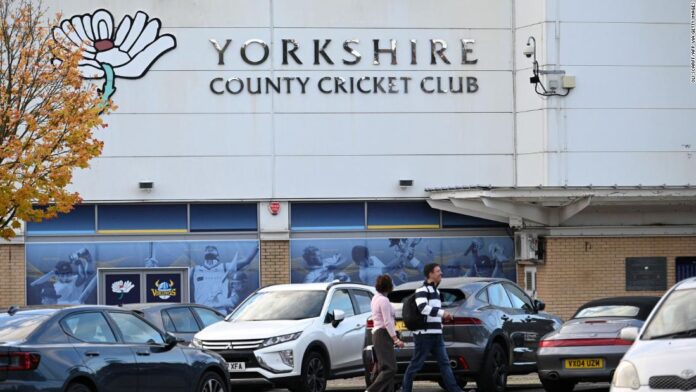 Speaking to the BBC, Amjad alleges that his batting style was criticized by a member of staff, referencing his Pakistani heritage.

In a statement provided to CNN on Tuesday, Yorkshire CCC said: “It is essential that those who have experienced racism, discrimination and abuse are able to come forward to share their experiences. We were unaware of this allegation until now but will investigate appropriately.”

CNN has reached out to Amjad for comment. He told the BBC he never reported the incident.

“Even before the incident I felt distant, it happened and then I felt isolated after that. Going forward, I didn’t feel I could speak up or give my views on the game in team meetings,” he said.

The now former chairman of Yorkshire CCC has been summoned to the UK Parliament to answer questions over the club’s handling of allegations of “institutional” and “endemic” racism on November 16.

Rafiq’s accusations of racism came to light in 2020, and the club subsequently apologized to Rafiq in August and said that he was the “victim of inappropriate behaviour.”