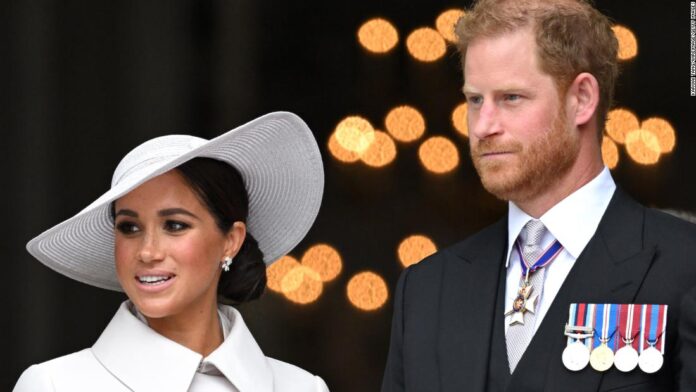 Speaking at a news conference to discuss the Royal Household’s annual financial statement, Michael Stevens — the official in charge of the Crown’s finances — said that the private company hired to investigate the allegations had completed its work.

“I can confirm though that it was a review of the handling of the allegations aimed at enabling the royal households to consider potential improvements to HR policies and procedures,” said Stevens. “The review has been completed and recommendations on our policies and procedures have been taken forward, but we will not be commenting further.”

A senior royal source said the palace is staying tight-lipped about the investigation to protect the anonymity of those who cooperated.

“We recognize that those people who participated in the review, participated on the understanding that there would be confidentiality in those discussions with the independent legal firm, and therefore we have a duty to respect that confidentiality,” the source said.

The source said the Palace has made several policy changes in the review’s aftermath, but declined to reveal them in detail.

“Whenever you would undertake an independent review or there’s an examination of this nature, there would always be lessons to be learned, there’s always ways in which you can improve processes and procedures,” said the source. “We wouldn’t normally reveal every change to our policies and procedures.”

The allegations surfaced last year, when The Times in the UK published an article citing unnamed sources who claimed the Duchess drove out two personal assistants from her Kensington Palace household and undermined the confidence of a third staff member.
Buckingham Palace initially said it would investigate the claims, but later hired an external law firm to do so.
At the time, a spokesperson for the Sussexes dismissed the Times report as “a calculated smear campaign,” as it was published just days before Oprah Winfrey’s bombshell interview with Meghan and Prince Harry was set to air.

The interview was the first time the couple spoke publicly after they announced plans to step back from senior roles in the British royal family in 2020.

Meghan told Winfrey life as a British royal was so isolating and lonely at one point she “didn’t want to be alive anymore.” She described herself as the victim of an image-obsessed Buckingham Palace, which weighed in on everything from how dark her son Archie’s skin color would be to how often she went to lunch with friends.

Rishi Sunak has had a torrid first 100 days as Britain’s leader. But the Conservatives might not be doomed | CNN

Meta Gets Nod to Buy VR Content Maker Within Unlimited as...