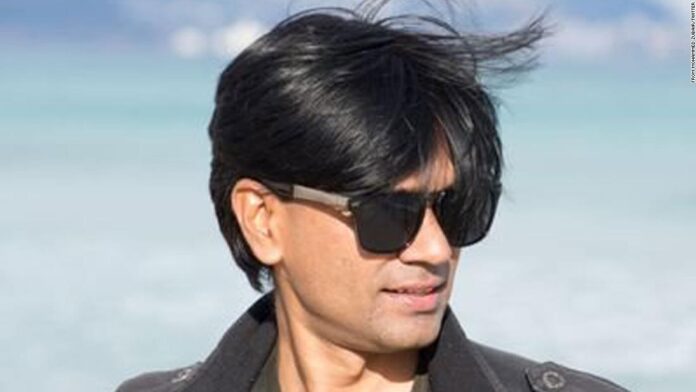 Zubair often tweets criticism of Indian Prime Minister Narendra Modi and his Bharatiya Janata Party (BJP) for what he and other critics claim is a crackdown on the rights of the country’s roughly 200 million Muslims.

His arrest comes amid repeated accusations by critics that the BJP is using colonial-era laws to quash any form of criticism and encourage self-censorship.

Zubair’s lawyer, Kawalpreet Kaur, said the journalist had been summoned for questioning in relation to a 2020 criminal investigation into his social media posts — from which he had previously been granted protection from arrest by the Delhi High Court. But when he responded to the summons, police arrested him over a separate case, she said.

Kaur showed CNN a police complaint in which a Twitter user accused Zubair of insulting Hindus on the platform in 2018, in a post about the renaming of a hotel after a Hindu god.

She accused the authorities of not following proper procedure and of giving Zubair no notice.

Malhotra, the deputy commissioner, did not respond to CNN’s questions about whether police had followed proper procedure during the arrest.

Earlier this month, Zubair had criticized the now suspended national spokesperson for the BJP, Nupur Sharma, for making derogatory comments about Islam’s Prophet Mohammed — remarks that had set off a diplomatic row. At least 15 Muslim-majority nations condemned Sharma’s remarks, several of them summoning India’s ambassadors and describing the comments as “Islamophobic.”

Among Zubair’s recent social media posts are videos he claims show Hindu extremists giving hate-speeches against Islam, a minority religion in India where nearly 80% of people are Hindu.

Zubair’s arrest has outraged politicians, journalists and news organizations, who have demanded his release.

The Editors Guild of India in a statement Tuesday said it was “apparent that Alt News’ alert vigilance was resented by those who use disinformation as a tool to polarise society and rake nationalist sentiments.”

Shashi Tharoor, an MP from India’s opposition Congress party, said the arrest was an “assault on truth.”

“India’s few fact-checking services, especially Alt News, perform a vital service in our post-truth political environment, rife with disinformation,” Tharoor wrote on Twitter Monday. “They debunk falsehoods whoever perpetrates them. To arrest (Zubair) is an assault on truth. He should be released immediately.”
The Committee to Protect Journalists on Monday called on Indian authorities to “immediately and unconditionally release” Zubair, and “cease harassing him in retaliation for his work.”