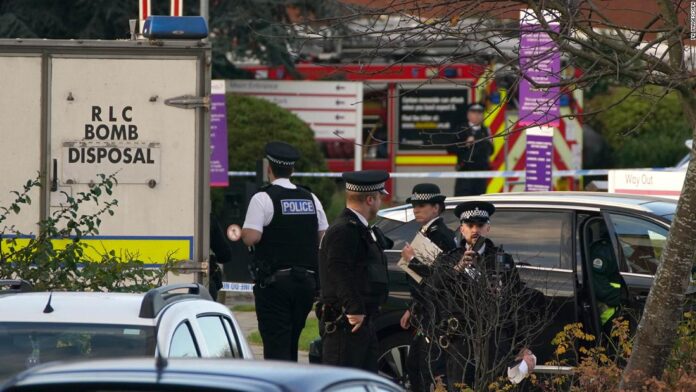 “Officers in Merseyside have arrested three men — aged 29, 26 & 21 — in the Kensington area of Liverpool under the Terrorism Act,” Great Manchester Police tweeted Sunday.

Local police as well as police specializing in counter-terrorism are investigating the explosion, which took place outside Liverpool Women’s Hospital in northwest England Sunday.

Authorities are keeping “an open mind as to what caused the explosion,” an earlier police statement said.

“So far we understand that the car involved was a taxi which pulled up at the hospital shortly before the explosion occurred,” according to the statement.

The injured person is being treated in hospital and has not suffered life-threatening injuries, police said. The incident occurred at about 11 a.m. local time (6 a.m. ET).

Members of the public are urged to remain calm but vigilant, the police statement added.

The mayor of Liverpool, Joanne Anderson, tweeted that news of the explosion was “unsettling and upsetting.”
UK Prime Minister Boris Johnson also tweeted, “My thoughts are with all those affected by the awful incident in Liverpool today. I want to thank the emergency services for their quick response and professionalism, and the police for their ongoing work on the investigation.”