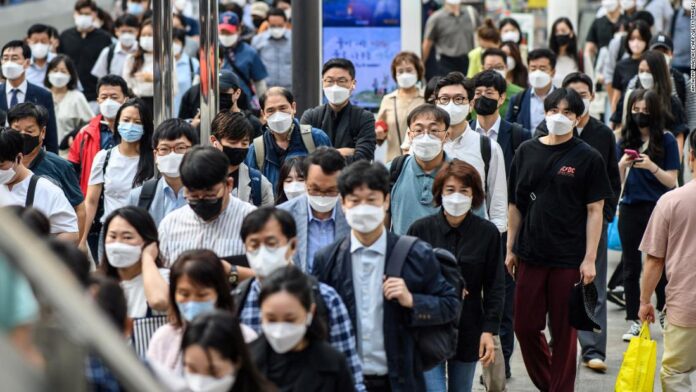 Nearly 30% of Korean office workers have experienced some form of workplace harassment in the past year, according to an online survey in June of 1,000 respondents nationwide — up from 23.5% in a similar survey in March.

The latest survey, published Sunday, was conducted by research group Embrain Public and commissioned by Workplace Gapjil 119, an organization that assists victims of office abuse. Respondents reported issues including sexual harassment from superiors and verbal and physical abuse.

One employee said they felt threatened when their supervisor swore at them angrily. Another described receiving late night text messages from her boss, containing abusive and sexual language, after he had been out drinking.

Others had faced exclusion from office groups and been insulted by superiors in front of peers.

Some said they had been punished when they reported the harassment, by being sent to a new work location or by being forced out of their company altogether — but most respondents chose not to take action, instead ignoring the issue. Many also chose to quit, afraid that reporting the abuse would hurt their future job prospects.

Women and part-time or gig workers were more likely to be victims, while supervisors and managers were the most common perpetrators, the report said.

Many survey respondents said their mental health had deteriorated due to the abuse, though only a few sought treatment or counseling after developing depression, insomnia, lack of motivation and other issues.

Gapjil, a Korean word for those in power who lord over their subordinates, has long been a prevalent problem in the country — especially within elite families who dominate South Korea’s business and politics.

The issue was thrust to the fore in 2019 when Lee Myung-hee, matriarch of the Korean Air dynasty, was accused of physically and verbally abusing her staff, including by throwing metal shears at her gardener and forcing another staff member to kneel after forgetting to buy ginger.
Lee was given a suspended sentence in 2020, allowing her to avoid jail time if she can avoid committing other crimes for three years. The sentence was seen as a blow to labor rights activists.

During his tenure, the former South Korean President Moon Jae-in, who left office in May, had repeatedly promised to tackle gapjil, which he described as a “leading workplace evil.”

And it’s not just bullying that is a problem in Korean workplaces — gender discrimination remains deep-rooted too, especially during job interviews, when women are frequently asked about their plans for marriage or children.

In 2019, Korea passed a law dictating that bosses who unfairly fire workers for complaining about bullying face up to three years in prison or a 30 million won ($25,464) fine.

Reports of office harassment decreased after the law, and even more so during the pandemic when employees largely worked from home, according to the Sunday report. But reports shot back up in recent months as people headed back into the office.