New BTS music is here! Ahead of their fourth Japanese comeback, the septet has dropped the lead single ‘Stay Gold’ from the upcoming album,  ‘Map Of The Soul: 7 – The Journey’ which is releasing on July 15, 2020. The music video will debut in Japan for the first time on the show “CDTV Live! Live!” 4-hour special broadcast on Monday, June 22. 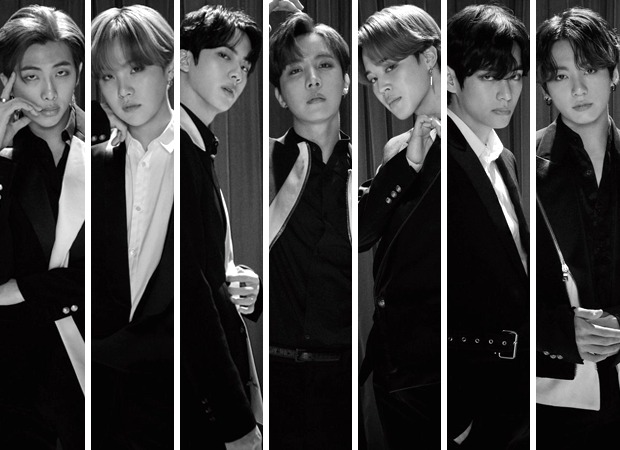 Just like some of the previous Japanese tracks, ‘Stay Gold’  blends soothing sound with instrumentals and hip hop beats. Jungkook kick-starts the song with enriching verse, “Ooh ooh / In a world where you feel cold / You gotta stay gold / Oh baby / Yeah.”

It is often said that all good things come to an end. In this case, the boys emphasize the idea to ‘Stay Gold’ as they empower everyone to keep their spirits high even while facing the harsh realities of life. The lyrics reflect the sentiments perfectly, “Enchanting Moon Light / I won’t sleep tonight / In the moonlight / To Your Source Hide and Seek / Sneak into your heart, close to you / Its getting closer / Don’t know the filth The eyes are diamonds / Beautiful than any other stone / I’ll be fascinated many times / Keep an eye on you / No more / Even the clock hands / Stop moving / Uh let it glow.”

‘Stay Gold’ brings the positivity at a time when everyone needs to keep up their spirits. It urges you to stay true to yourself. It symbolizes the innocence of youth and how you should hold onto it.

‘Stay Gold’ will also serve as Original Sound Track for Japanese drama, Spiral Labyrinth – DNA Forensic Investigation (literal translation). Tanaka Kei will headline the drama which is based on a manga of the same name.

The album will have Japanese versions of some of their previous album songs including four new tracks – ‘Intro: Calling’, ‘Stay Gold’, ‘Your Eyes Tell’, and ‘Outro: Journey’. Jungkook has participated in the composition of ‘Your Eyes Tell’. He recently released his original song ‘Still With You’ during BTS FESTA 2020.

Earlier in the day, BTS once again made history with their latest album ‘Map Of The Soul: 7’. The album was officially ranked No. 1 on Oricon’s mid-year album chart. The album becomes the first one from a foreign artist in 36 years to top the chart. The last artist to achieve this milestone was late Michael Jackson with his record-breaking album ‘Thriller’ in 1984!