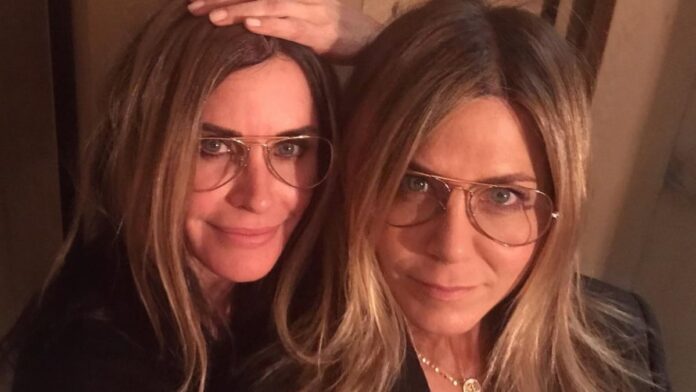 Do you remember ‘chef Monica’ from the most popular American sitcoms ‘FRIENDS’? Courteney Cox who portrayed the character of ‘Monica Geller’ in ‘FRIENDS’ recently shared an iGTV video in which she shares her recipe of Baked Halibut with roasted cherry tomatoes. For the unversed, Halibut is a type of flatfish that is packed with many micronutrients. Courteney revealed that though she played the role of a chef in the sitcom, in reality, she didn’t know how to chop at all! She also revealed that she just hates fish; and if you don’t like fish either, then you’ll love this particular baked fish recipe!

She starts the recipe by chopping cherry tomatoes, adding spices, red wine vinaigrette and more. She then takes on to chop a shallot very carefully and that’s when she reveals that even though she played the character of Monica, a chef on FRIENDS for so many years, yet never learnt how to chop. “I can easily cut my finger off.. any minute,” she says in the video.

Take a look at the video here:

‘Could she BE any cuter?’ That’s exactly what Jennifer Aniston (or Rachel from the sitcom) thought too as she commented “Could you Be any cuter…???” in a typical Chandler-style! In the video, Courteney can be seen explaining the entire recipe step by step with ingredients and quantities written over live captions till the end when she presents the baked halibut dish to her followers. No points for guessing, it looked absolutely delicious! Courteney also wrote the entire recipe in the video caption.

Both Courteney Cox and Jenifer Aniston played iconic characters of Monica and Rachel, respectively, in FRIENDS, which continues to be one of the most loved sitcoms even today.