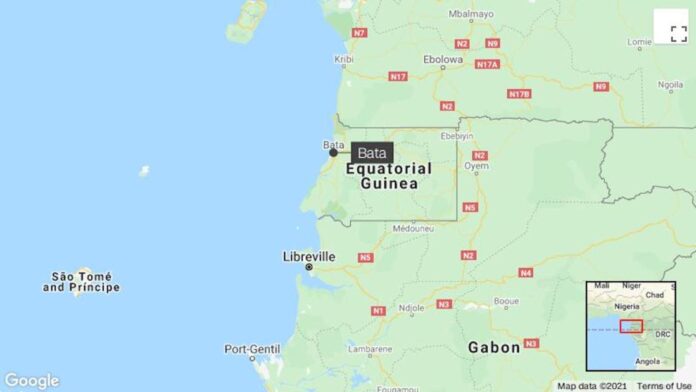 More than 400 were injured and many missing under the rubble, the ministry had said after the huge blasts on Sunday.

Resident Carmen Alebeso said the scenes resembled the detonation of an atomic bomb. Alebeso told CNN she was in her car when the first blast happened at around 2 p.m. local time on Sunday.

“It was a very big noise and everyone got out of their cars and we were all in shock. We saw the typical image of an atomic bomb in front of us. It was a confusing and desperate situation, people were shouting and crying,” she said.

All the buildings in the area were completely destroyed, and bodies were still being pulled out of rubble in the area Monday, she added.

Alebeso added that medical aid was not getting to those who needed it the most.

“We have three main hospitals and they were all collapsed. So many people injured, it was awful. People were crying trying to get in to get some treatment. It was a terrifying situation,” she said.

“We ask for the contribution of blood donors,” the health ministry said on Twitter, calling on volunteer health personnel to go to Bata Regional Hospital.

It said health workers and the fire brigade were providing care to victims and transferring those with serious injuries to hospitals.

In a statement read out on local media late Sunday, President Teodoro Obiang Nguema Mbasogo faulted the country’s military for mishandling dynamite and other explosive devices kept in its care — which he said had led to the blasts after individuals suspected to be farmers set up a fire in a field bordering the military base.

“Bata was the location of an accident caused by the negligence and carelessness of a unit charged with the care and protection of the stores of dynamite and explosives next to the ammunition at the Nkoantoma Military Base, which caught fire from the burning of nearby land by neighbors, causing an explosion in the dynamite and explosives store and subsequently the ammunition,” the statement said.

President Mbasogo appealed to the international community to assist his country in the repair of public and private infrastructure damaged in the blast — which he said “will involve significant economic resources.”

The president said the tragic incident came at a time when Equatorial Guinea is still reeling from the economic effects of the coronavirus pandemic.

In a statement later Sunday, the Spanish embassy asked its citizens in Equatorial Guinea to “remain at home.”

“Following the explosions that occurred today in the city of Bata, Spanish nationals are recommended to remain at home,” a translated version of the statement posted on the embassy’s official Twitter account said.

The embassy did not provide further details on the stay-at-home advisory. It, however, issued emergency numbers for all Spanish nationals in the country.

Equatorial Guinea is one of Africa’s smallest countries, with just over 850,000 residents. Bata is one of the country’s two cities with populations of more than 30,000, the other being the island-based capital Malabo.