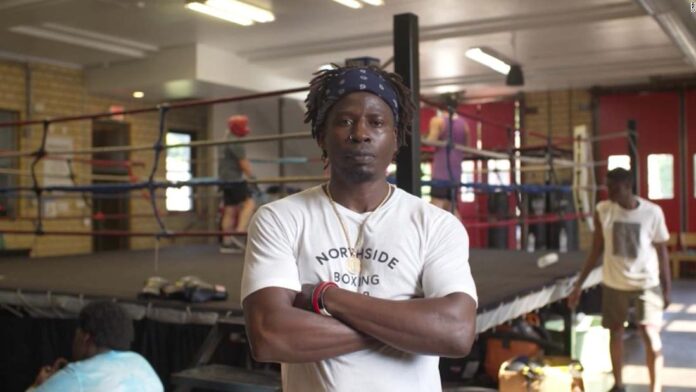 Now, by mentoring young people in both Minneapolis, Minnesota in the US, and in his hometown of Kampala, Uganda, Kayongo is training the next generation to discover their own independence through boxing.

Kayongo took up his role as a coach at Minneapolis’ Northside Boxing Club after retiring from a successful career in boxing. Nicknamed the “African Assassin,” he boxed for the Ugandan National Team and won a silver medal at the 2002 Manchester Commonwealth Games.

In 2003, he launched a career as a professional boxer in Minnesota, eventually receiving US citizenship. “Once I got the freedom, I had to retire so I [could] pass it on to this coming generation,” he said.

Read more: Is this Nigerian teen the next women’s golf prodigy?

“It was my promise going back [to] build a shelter gym,” explained Kayongo. “It takes everybody to step in [and] care for these kids because they’re the next generation of the community.”

Watch the video at the top of this page for more on how Kayongo’s past as a child soldier influenced his desire to change the lives of young people.