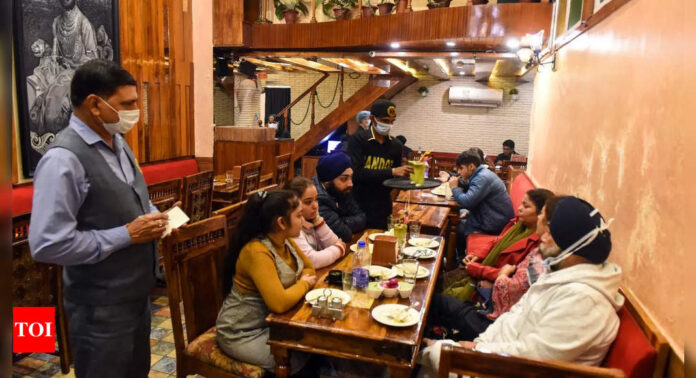 NEW DELHI: The Central Consumer Protection Authority (CCPA) on Monday barred hotels and restaurants from levying service charge automatically or by default in bills.
It will be completely up to the customers to pay any amount as tip and eateries cannot directly or indirectly levy any charge more than the rate of food items.
“Hotels, restaurants can’t force consumers to pay service charge; it will be voluntary option at consumer’s discretion. Service charge in hotel/restaurant bill cannot be collected from consumers by any other name; can’t be added to food bill,” CCPA said in its order.

The earlier guidelines issued in 2017, which was advisory in nature, had an optional provision of printing service charge in bills. But it had clearly mentioned that the space against such a head must be left blank and it would be up to the customer to fill any amount.
The ministry had earlier informed the industry representatives that there is no legal sanctity attached to levying such a charge and that consumers often take the service charge as ‘service tax‘ and end up paying this.

The ministry had also said that considering entry of a customer to a restaurant or hotel as an implied consent to pay service charge is nothing but imposition of an unjustified cost as a condition precedent to placing an order for food.
It had said this falls under restrictive trade practice under the Consumer Protection Act and the amended Act of 2019 defines what an unfair contract is.