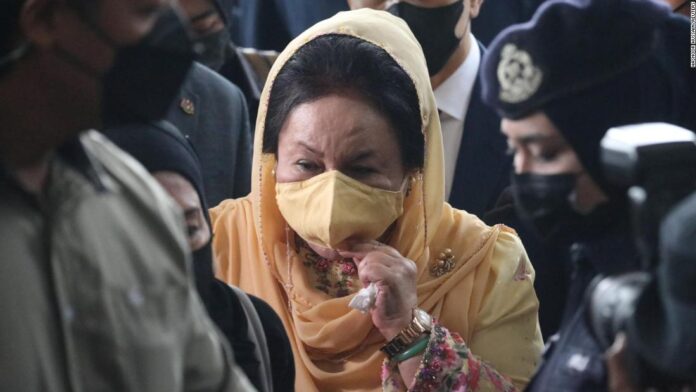 Kuala Lumpur High Court Judge Mohamed Zaini Mazlan said the prosecution proved their case beyond a reasonable doubt. He had still to deliver his sentence.

Rosmah, 70, had pleaded not guilty to three charges of soliciting and receiving bribes between 2016 and 2017 to help a company secure a $279 million solar power supply project from the government when her husband was in power.

The charges carry penalties of up to 20 years in prison and a fine of at least five times the amount of the bribe, although Rosmah could seek a stay on sentencing by the Kuala Lumpur High Court pending appeals to higher courts.

Rosmah has argued that she was framed by her former aide as well as several government and company officials involved in the project.

Najib and his wife, who has faced criticism for her lavish lifestyle, are at the center of a wide-ranging crackdown on corruption mounted after his administration was voted out in a historic 2018 election.