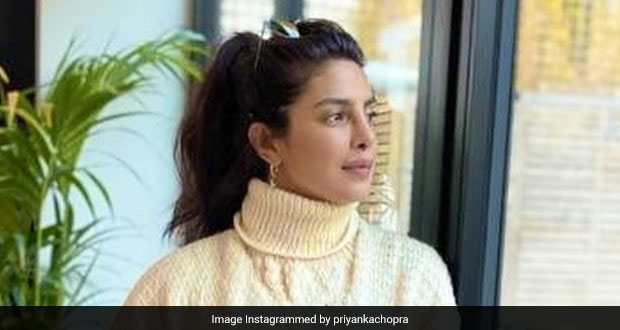 Priyanka announced her new venture with a set of beautiful pictures of the restaurant.

Priyanka Chopra is one Indian celebrity who dons many hats on the global front. The actor, singer, producer and brand-new author and entrepreneur have also turned restaurateur now with a stunning Indian restaurant named ‘Sona’ in New York City. Taking to Instagram, Priyanka announced her new venture with a set of beautiful pictures of the restaurant. She also shared some pictures from the puja ceremony that she performed there in 2019 with family, including husband Nick Jonas and mother Madhu Chopra. Take a look at what Priyanka posted:

“Sona is the embodiment of timeless India and the flavours I grew up with.” Priyanka wrote in her caption. “The kitchen is helmed by the incredible Chef @harinayak, a masterful talent, who has created the most delicious and innovative menu, taking you on a food journey through my amazing country. This endeavour would not have been possible without the leadership of my friends Maneesh Goyal and David Rabin. Thank you to our designer Melissa Bowers and the rest of the team for realizing this vision so clearly,” she added. Sona is set to open later in March 2021.

As soon as she shared the news, best wishes started to pour in. One of the first ones came from the family when her father-in-law Kevin Jonas took to Instagram stories to congratulate her. “Congratulations @priyankachopra, When do we eat?!” he wrote which PC re-shared and replied “Anytime senior! It’s yours.. @papakjonas.” 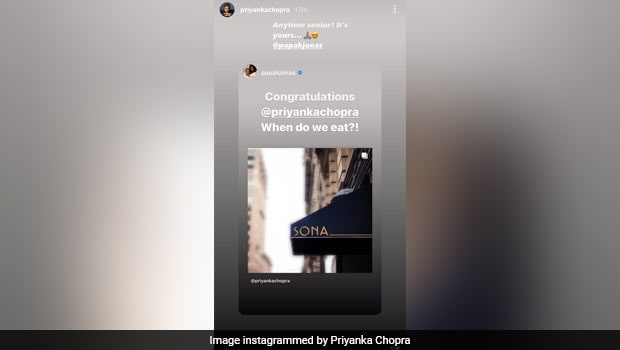 Priyanka Chopra Jonas has recently also introduced her own haircare line. Seems like there’s nothing that ‘Desi Girl’ can’t do! She is currently shooting for her next series ‘Citadel’ in London.

Watch: Sachin Tendulkar Shares His Meal Plan – It Has Dishes From All Over India