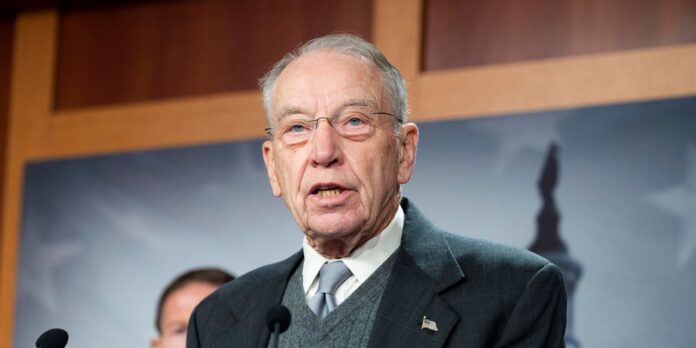 The American Innovation and Choice Online Act moves next to the Senate floor, where several senators said they wanted to see additional changes before backing the measure. Thursday’s 16-6 vote in the Senate Judiciary Committee showed the bill had bipartisan support but also raised bipartisan concerns.

The legislation “is specifically designed to target a small number of specific companies, most of which are headquartered in my home state,” said

who criticized elements of the bill along with fellow California Democratic

“It’s difficult to see the justification for a bill that regulates the behavior of only a handful of companies while allowing everyone else to continue engaging in that exact same behavior.”

Despite their reservations, both California senators voted “yes” to advance the bill.

Clearing the Senate panel was a big win for the measure’s backers in the face of heavy tech-industry lobbying. Sen.

(D., Minn.), a primary sponsor, called the vote “the first time that a major tech bill on competition has advanced to the Senate floor since the dawn of the internet.”

hasn’t brought similar antitrust legislation up for a vote amid divisions within her caucus, and lawmakers have limited time to resolve differences before midterms campaigns accelerate later this year.

Facebook. Those companies have been working for months to stop or alter the bill, deploying teams of lobbyists and top executives to Washington. Some have funded advocacy groups that oppose the measure and publicly warned that the bill could disrupt popular services.

Supporters, including smaller tech companies such as

say the legislation would benefit consumers by boosting competition on platforms that are abusing their market power. Senators in favor of the bill say it makes exceptions that protect features consumers like.

“This bill is not meant to break up Big Tech or destroy the products and services they offer,” said

of Iowa, the top Republican on the judiciary panel. “The goal of the bill is to prevent conduct that stifles competition.”

The top Republican on the judiciary panel’s antitrust subcommittee,

of Utah, said he shared concerns about monopoly power in the tech industry but worried the bill was written too broadly and could cause “collateral damage.”

“It may actually entrench the very four companies at which it is aimed by creating a strong incentive to simply cease doing any business with third parties,” Mr. Lee said. “This could crush thousands of small businesses, and it could actually worsen the state of competition in online markets.”

Similar legislation passed the House Judiciary Committee last June but has stalled in the lower chamber since then, partly over skepticism among Democratic members from California.

The bill that advanced in the Senate Thursday would make it illegal for the largest internet platforms to unfairly favor their own products and services over those of other businesses that use the platform. It lists several categories of outlawed conduct, including a platform preferencing itself in search results or using another business’s nonpublic data to compete with that same business.

Ms. Klobuchar said the provisions reflect testimony by Sonos and Tile Inc., both tech equipment makers, about how tech giants made it difficult for their products to work on large platforms. She also pointed to a Wall Street Journal article about Amazon accessing data to copy products created by sellers on its online marketplace.

“Time and time again, we heard about how these companies abuse their power,” Ms. Klobuchar said. “At some point we have to have rules of the road to make things fair.”

Opponents of the legislation say that companies aren’t wrong to profit from platforms they created and that discouraging them from doing so would hamper future innovation.

The companies say the legislative language is so broad that it could outlaw services consumers and businesses like. Amazon has said it might not be able to let other businesses sell on its marketplace. Google says it might not be able to feature Google Maps in search results. Apple says the bill could undermine its ability to force third-party apps to get permission before collecting data on iPhone users—a concern

Should internet platforms be allowed to favor their own services and products? Join the conversation below.

The companies had no further comment Thursday. The Computer and Communications Industry Association, a trade group representing the companies, said the bill “endangers U.S. digital leadership and puts consumers’ security and privacy at risk.”

Senators backing the bill note that it includes exceptions for platform features that improve functionality or users’ privacy.

“The problem with Big Tech is not necessarily that it has gotten so large, but instead how it got so large and what it does with its power. On both counts, the answer is cartel-style behavior,” said Proton CEO

The bills’ supporters added more exceptions Thursday. One new provision appears to respond to Apple’s concern by stating that platforms wouldn’t be liable for requiring consent before allowing access to user data. Another exempts fee-for-service subscriptions, such as Amazon Prime.

Lawmakers also broadened the scope of platforms covered by the bill to include large, foreign-owned internet platforms—an apparent response to concerns that the original bill appeared to put U.S. tech giants at a disadvantage.

In general, the legislation applies to companies with a market cap greater than $550 billion and more than 50 million monthly active users that are considered “critical trading partners” for other businesses to access customers.

The Federal Trade Commission and the Justice Department would decide which tech platforms meet that definition—a provision that concerned some Republicans. The list is expected to be short and include the largest U.S. tech companies, such as Google, Amazon, Apple, Facebook, and

Several senators said that further hearings on the bill should have been held before Thursday’s vote and that the measure would require changes to secure their support on the Senate floor.

Supporters of the bill met with White House officials Wednesday in an effort to secure their backing. The Biden administration hasn’t taken a position on the matter yet.

Write to Ryan Tracy at ryan.tracy@wsj.com