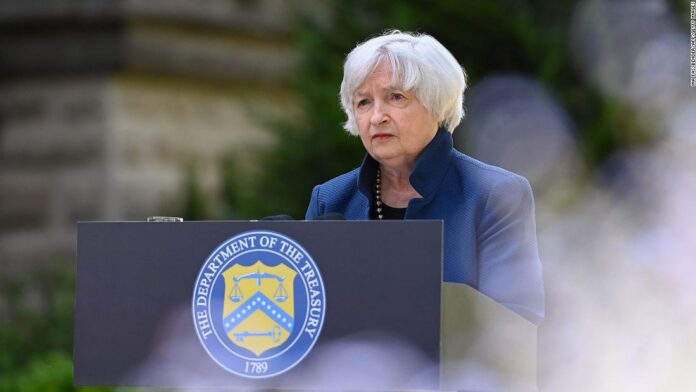 “Some of the tariffs that were imposed by President Trump in retaliation for China’s unfair trade practices, some of them, to me, seem as though they imposed more harm on consumers and businesses,” Yellen said during a press conference in Germany ahead of a G7 summit with finance ministers.

Yellen added that some Trump-era tariffs “aren’t very strategic in the sense of addressing real issues we have with China — whether it concerns supply chain vulnerabilities, national security issues, or other unfair trade practices.”

The Treasury secretary said she sees a case for rolling back the tariffs on China, not only because of high inflation but because there could be “benefits to consumers and firms.”

However, she signaled that no decision has been made on this issue and hinted at potential disagreement among US officials, saying there are a “variety of opinions.”

Yellen also noted the widespread impact on global food security from Russia’s war in Ukraine, saying: “Higher food and energy prices are having stagflationary effects, namely depressing output and spending and raising inflation all around the world.”

“Higher energy prices, higher food prices and other commodity prices, due to Putin’s choice to launch a war in Ukraine” are responsible for much of the inflation around the world, she added.

While Americans should not expect any immediate relief at the gas pump, increases in the global oil supply should eventually generate long-term relief, Yellen said.

Bed Bath & Beyond’s CEO is out as sales tumble