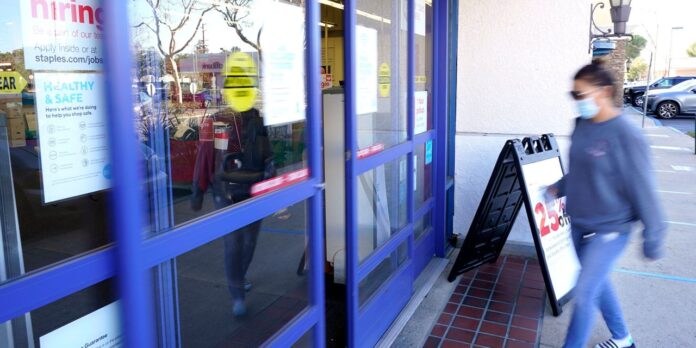 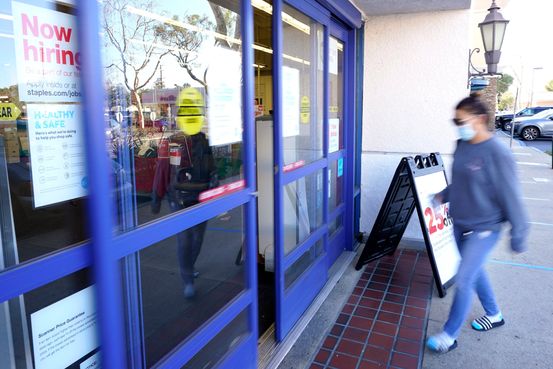 Worker filings for unemployment benefits dropped to 712,000 last week, nearing their lowest level since the pandemic fueled a surge in layoffs last March.

Jobless claims, a proxy for layoffs, have eased in recent weeks—last week’s seasonally adjusted total was about 200,000 below an early January peak.

The four-week moving average, which smooths out volatility in week-to-week numbers, was 759,000 for the week ended March 6, slightly higher than the previous pandemic low recorded last November. Economists expect claims to slowly ease as the economic recovery picks up.

“We’re waiting for the fog to clear,” said Daniel Zhao, senior economist at the job-ratings site Glassdoor. “We know things are still fairly bad for the public-health situation and the economic situation, but there is a finish line on the horizon.”

That improved outlook is largely due to the expanding availability of the coronavirus vaccine, Mr. Zhao said.

Other economic signs suggest a broad recovery later this year. Employers added 379,000 jobs in February while government stimulus helped boost household income and spending at the start of the year. According to the jobs site Indeed, the number of job postings on March 5 was 6.7% above their pre-pandemic level.

Last month’s job gains were driven by a surge in hiring at restaurants and other hospitality businesses hit especially hard by the pandemic. Those numbers might grow as falling Covid-19 case numbers have led some states, such as Texas and Maryland, to roll back business restrictions in recent weeks. Restaurants in cities such as New York and Washington have resumed in-person dining at limited capacity.

President Biden is expected to sign a $1.9 trillion relief package into law that will send $1,400 checks to many Americans and allocate billions of dollars in funding for vaccine distribution and development. Economists surveyed by the Journal expect the aid package to help propel the U.S. economy to its fastest annual growth in nearly four decades.

The Organization for Economic Cooperation and Development on Tuesday separately forecast that the U.S. economy would expand by 6.5% this year, in part because of trillions of dollars in government stimulus.

Mr. Zhao said vaccinations will ultimately determine the pace and course of the recovery. “The vaccine is the end-all, be-all,” he said. “We keep saying that the vaccine is actually the best economic stimulus.”

Some employers are expanding payrolls as business improves. Bill Hoffman said his family-owned pest-control company in Mantua, N.J., has made several hires during the pandemic.

In the past year, Hoffman’s Exterminating Co. has bought out three other local pest-control companies and hired several new employees, he said, bringing the total number of workers to 65. The demand for his firm’s disinfecting and cleaning services has increased over the past year because of increased demand from food-processing and medical facilities, Mr. Hoffman said.

He added that demand has been steady, a change from seasonal fluctuations he said were common for pest-control services. “This was the first time in 20 years that we never had a lag,” he said. “In fact, we’re hiring people through the pandemic and continue to do so.”