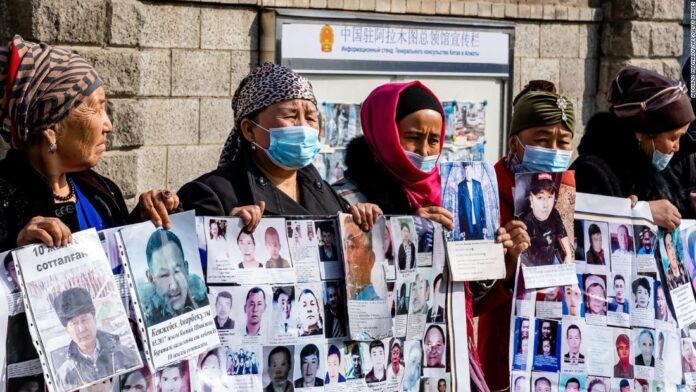 The report concludes that “serious human rights violations have been committed” in the region, which it attributes to Beijing’s “application of counter-terrorism and counter-‘extremism’ strategies” targeting Uyghur and other mainly Muslim communities.

“Allegations of patterns of torture or ill-treatment, including forced medical treatment and adverse conditions of detention, are credible, as are allegations of individual incidents of sexual and gender-based violence,” it says.

China had opposed the release of the report. In its response to the document, Beijing’s mission to the UN in Geneva said the report is based on “disinformation and lies” and “distorts” China’s laws and policies.

“All ethnic groups, including the Uygur, are equal members of the Chinese nation. Xinjiang has taken actions to fight terrorism and extremism in accordance with the law, effectively curbing the frequent occurrences of terrorist activities,” its response reads in part.

The report comes four years after a committee of United Nations experts called attention to “credible reports” that more than 1 million Uyghur and other Muslim minority peoples were interned in extrajudicial camps in Xinjiang in northwestern China for “re-education” and indoctrination.

China originally denied the existence of the camps, then later said it had established “vocational education and training centers” as a way to counter “extremism.” Beijing has called allegations of rights violations, genocide and forced labor in the region “the lie of the century.”

In May, during Bachelet’s official trip to China — the first by a top UN rights official in 17 years, for which she ultimately faced fierce criticism — she said the government assured her the “vocational education and training center” system had been “dismantled.”

The report was released at the end of Bachelet’s final day in office.

This is a developing story. More to come

CNN’s Richard Roth and Caitlin Hu in New York and Simone McCarthy in Hong Kong contributed to this report.