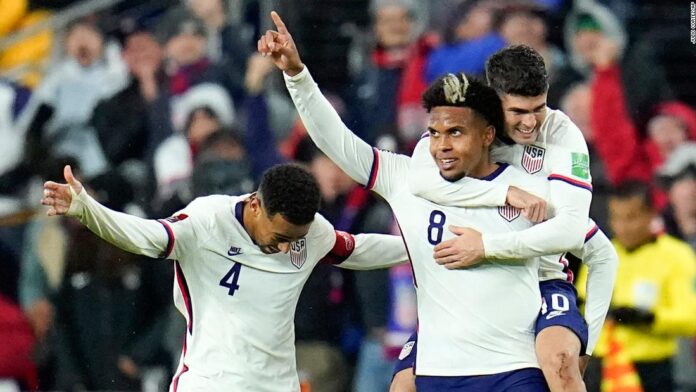 In front of a sellout crowd of 26,000 in Cincinnati, Pulisic headed home in the 74th minute soon after coming off the bench.

And Juventus midfielder McKennie wrapped up the three points for the US against its rivals shortly before fulltime, tapping home from close range.

Now halfway through the qualification period, the USMNT moved to the top of the standings with the win. While the US and Mexico are tied on 14 points, the US has a slightly better goal difference.

After the win, Chelsea forward Pulisic paid tribute to the rivalry the US and Mexico have developed over the years.

“That’s what makes a great rivalry, and I’m just really happy that we could come out on top again tonight. We knew it was always going to be a good game against Mexico, and to get three points just helps us get a lot closer to qualifying for the World Cup.”

The victory is the US’ third over Mexico in CONCACAF competitions in 2021, the first time the USMNT has beaten Mexico three times in a calendar year.

Although the traveling Mexico started the brighter at TQL Stadium, Pulisic’s 17th goal for his country wrestled control of the game to the home team.

And McKinnie doubled the lead with minutes to go, after he dispatched his effort past the despairing Guillermo Ochoa in goal.

A heated rivalry, the game was not without flared tempers, with yellow cards being handed out to players on both teams after a scuffle over a throw in.

Defender Miles Robinson was shown a second yellow card in the 90th minute, meaning he will miss the USMNT’s next match on Tuesday against Jamaica.

“We are playing in World Cup qualifying, this isn’t a personal head-to-head against the United States,” he told the media. “I understand the importance of this game and the rivalry and having three consecutive defeats against an opponent that all Mexicans always want to beat.

“We have to focus on finding a way to regain our form in the qualifying.”