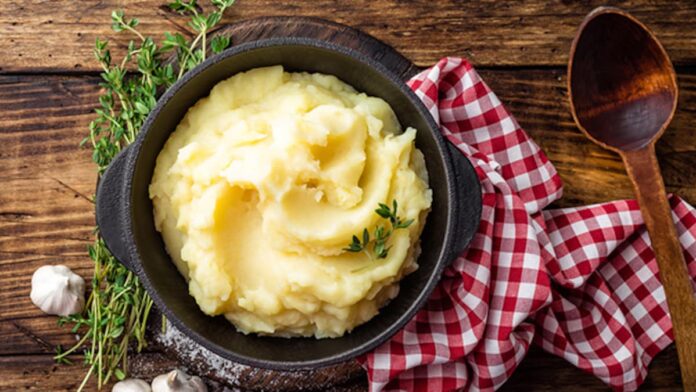 Potato is one of the most commonly used ingredients in our kitchen. Whether you mash it up to make tikkis or simply cut it up and bake it – there are so many ways to use it. Potato is not just delicious to taste but is also incredibly versatile. The humble potato is a prominent part of celebrations such as Thanksgiving too, as mashed potatoes are commonly prepared during the festivities. And shouldn’t a dish as simple and fuss-free as this be ready in no time? We have found an incredibly easy hack that gives you mashed potatoes without peeling them at all. Wondering how it works? Take a look:

(Also Read: Here’s A Low-Fat, Low-Carb Substitute To Mashed Potatoes For Your Tikki And Steaks)

The easy hack to make mashed potatoes without peeling them was shared by popular blogger Lora McLaughlin aka @lorafied. The video has gone viral, receiving over 1 million views on Instagram Reels along with over 27k likes. “Mashed potato hack! No peeling! No cutting,” wrote the blogger in the caption.

The viral video showed how mashed potatoes could be prepared in a hassle-free manner. Firstly, the potatoes were boiled directly with their skins on. Cook them and set them aside to cool down slightly. Now, Laura McLaughlin suggested taking a bowl and placing a baking rack on top of it. You can also use a grill rack for this. Then, she simply cut up the potatoes in half and put them on the metal rack and pushed them from the top. This simple act of pushing got the metallic rack separating the potato peel from the inside. Thus, the resulting potato was transferred directly to the bowl without much effort – resulting in quick and easy mashed potatoes without peeling or cutting!

The easy hack for making mashed potatoes won over Instagram users. Many said this was extremely time-saving especially since the potatoes did not have to be peeled. “This is incredible. What a fantastic idea,” commented one user. “I seriously dislike peeling potatoes,” agreed one user while another said, “I like the skin on my potatoes but still nice hack!”

What did you think of the mashed potatoes hack? Tell us your thoughts about the viral video in the comments.