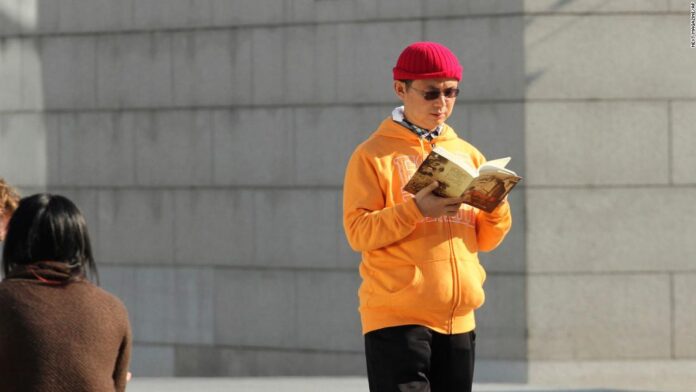 Billionaire financier Xiao Jianhua, known for his close connections to some of China’s most powerful political families, vanished in 2017 after he was seized by Chinese security agents from his room at the Four Seasons hotel in Hong Kong and taken to mainland China.

The Canadian Embassy said consular officials are monitoring Xiao’s case closely and providing consular services to his family, though it did not confirm the trial date.

“Canada made several requests to attend the trial proceedings of Canadian citizen, Mr. Xiao Jianhua. Our attendance was denied by Chinese authorities,” the embassy said.

Citing the embassy, Reuters previously reported Xiao’s trial was due to begin on Monday.

Xiao’s extrajudicial abduction came amid a broader crackdown on corruption launched by Chinese leader Xi Jinping, which has snared a slew of senior officials and executives at big Chinese companies.

Since then, Xiao has not been seen in public. Chinese authorities have not disclosed the charges against him or any other details of his case.

Xiao was one of China’s richest men and controlled the Tomorrow Group, a massive holding company with stakes in banks, insurers and property developers.

According to Hurun, which analyzes Chinese wealth, Xiao had a net worth of $6 billion and ranked 32nd on its 2016 rich list, a league table equivalent to the Forbes list.

In February 2017, a person familiar with the abduction told CNN there was a small scuffle at the Hong Kong Four Seasons hotel between two dozen Chinese security officials and Xiao’s own security detail, which typically numbered about eight bodyguards per shift. The source asked to remain anonymous because of the politically sensitive nature of the case. Xiao has not been seen in public since the incident.

Chinese Foreign Ministry spokesperson Zhao Lijian said he was unaware of the situation when asked about Xiao’s trial at a news conference on Monday.

Who is Xiao Jianhua?

A Canadian citizen born in China, Xiao was one of a number of Chinese tycoons who had moved to Hong Kong and taken up residence in private apartments at the 5-star Four Seasons hotel during Xi’s crackdown on corporate excess.

Xiao’s disappearance sent shockwaves through Hong Kong’s elite business community, where it was widely interpreted as a signal the city was no longer beyond the reach of the mainland’s security apparatus.

It also stoked wider fears concerning the erosion of the city’s freedoms, as guaranteed under the “one country, two systems” policy agreed to as part of Britain’s 1997 handover of Hong Kong to China.

Xiao’s case has drawn comparisons with Lee Bo, a bookseller and British passport holder who disappeared from Hong Kong in 2015 and later turned up in Chinese custody. Five booksellers went missing that year, all of whom were involved with publisher Mighty Current and its shop Causeway Bay Books, which sold gossipy titles about China’s elite.
These disappearances took place before Hong Kong’s anti-government protests in 2019, which were initially triggered by a controversial extradition bill that proposed allowing Hong Kong to transfer fugitives in the city to mainland Chinese courts.
The government eventually suspended the bill to quell mass protests before Beijing imposed a sweeping national security law over the city in 2020. The law, which extends Beijing’s direct control over the city, grants mainland officials the power to “exercise jurisdiction” over cases that “jeopardize national security.”

The law criminalizes secession, subversion, terrorism, and collusion with foreign powers, and carries with it a maximum sentence of life in prison.

Critics say the law has been used to silence all dissent against the Hong Kong government, which has repeatedly defended the legislation, saying it returned the city to stability.

CNN’s Steven Jiang and Katie Hunt contributed to this story.