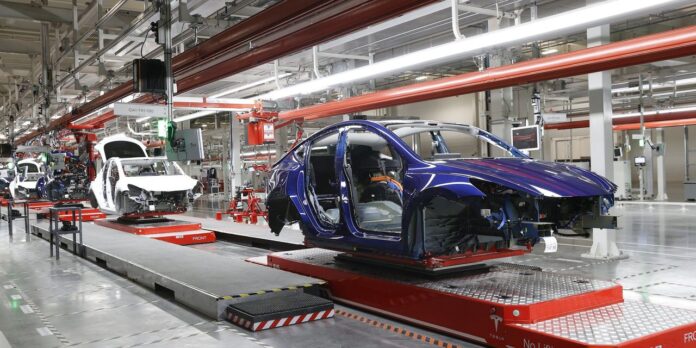 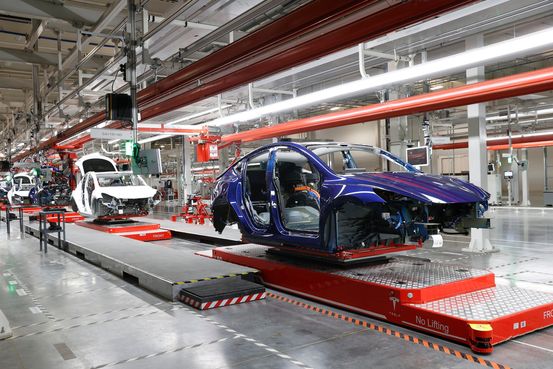 said in a recent interview.

The company’s plants in Germany and Texas, which opened earlier this year, are “gigantic money furnaces,” the Tesla chief executive said in a May 30 interview with a Tesla owners’ club that was released Wednesday.

“Overwhelmingly our concern is, how do we keep the factories operating so we can pay people and not go bankrupt?” Mr. Musk said in the interview. He added that he expected Tesla to resolve these problems quickly.

In the weeks since the interview was recorded, Tesla has begun layoffs that Mr. Musk indicated could touch 10% of the company’s salaried workforce.

Mr. Musk didn’t respond to a request for comment. Tesla’s stock closed down less than 1% on Wednesday, but has tumbled by around a third in 2022.

Car making is a notoriously cash-hungry business, and ramping up new factories can be especially so. Tesla, for example, spent roughly $11 billion in the first quarter on items needed to make and sell cars, including materials, labor, manufacturing and shipping.

Investors for years worried that Tesla’s war chest wouldn’t be sufficient. Such concerns eased, however, as the company paid down debt, raised money and reported a string of quarterly profits that helped transform it into the most valuable auto maker in the world. As of the first quarter, Tesla was sitting on roughly $17.5 billion in cash.

Tesla has faced several setbacks in recent months, including higher supplier and logistics costs amid soaring inflation. Governmental Covid-19 restrictions in China also curtailed output at the company’s plant in Shanghai, which had been its largest by volume.

Tesla this spring launched deliveries of Model Y compact sport-utility vehicles made at its newest plants, but ramping up output from those facilities has proven difficult, Mr. Musk said. He cited battery supply as a key bottleneck.

“Berlin and Austin are losing billions of dollars right now because there’s a ton of expense and hardly any output,” Mr. Musk said.

, but it has been working to develop its own, larger cells in-house. That effort is aimed at reducing the cost of a key component and mitigating the risk of battery shortages.

The Texas plant, which Tesla designed to be able to make cars using batteries of multiple sizes, has been caught in the middle of the company’s transition. Increasing in-house production of the larger battery cells and associated packs has proven challenging, Mr. Musk said. Meanwhile, the tooling required to make cars using smaller battery cells was stuck in China, he said.

Analysts expect Tesla to deliver roughly 273,000 vehicles in the second quarter, according to FactSet, down from around 310,000 in the first three months of the year. That would mark the company’s first quarter-over-quarter decline in deliveries in more than two years.

—Sarah Donaldson contributed to this article.

Write to Rebecca Elliott at rebecca.elliott@wsj.com