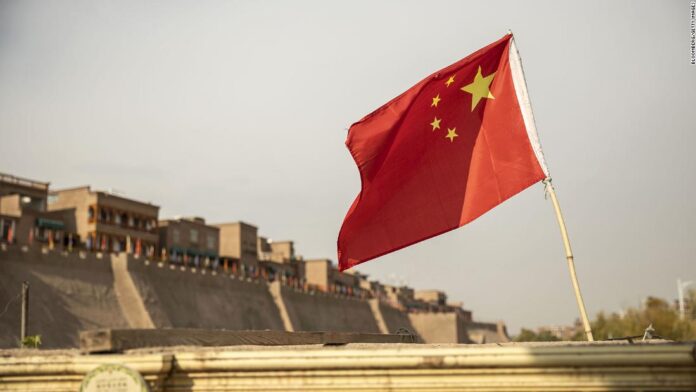 It is the first time a non-governmental organization has undertaken an independent legal analysis of the accusations of genocide in Xinjiang, including what responsibility Beijing may bear for the alleged crimes. An advance copy of the report was seen exclusively by CNN.

On January 19, the outgoing Trump administration declared the Chinese government was committing genocide in Xinjiang. A month later, the Dutch and Canadian parliaments passed similar motions despite opposition from their leaders.

Azeem Ibrahim, director of special initiatives at Newlines and co-author of the new report, said there was “overwhelming” evidence to support its allegation of genocide.

“This is a major global power, the leadership of which are the architects of a genocide,” he said.

The four-page UN Genocide Convention was approved by the United Nations General Assembly in December 1948 and has a clear definition of what constitutes “genocide.” China is a signatory to the convention, along with 151 other countries.

Article II of the convention states genocide is an attempt to commit acts “with an intent to destroy, in whole or in part, a national, ethnical, racial or religious group.”

There are five ways in which genocide can take place, according to the convention: killing members of the group; causing serious bodily or mental harm to members of the group; deliberately inflicting conditions of life calculated to bring about its physical destruction in whole or in part; imposing measures intended to prevent births within the group; or forcibly transferring children of the group to another group.

Since the convention was introduced in 1948, most convictions for genocide have occurred in the International Criminal Tribunals held by the UN, such as those for Rwanda and Yugoslavia, or in national courts. In 2006, former dictator Saddam Hussein was found guilty of genocide in a court in Iraq.

However any establishment of an International Criminal Tribunal would require the approval of the UN Security Council, of which China is a permanent member with veto power, making any hearing on the allegations of genocide in Xinjiang unlikely.

While violating just one act in the Genocide Convention would constitute a finding of genocide, the Newlines report claims the Chinese government has fulfilled all criteria with its actions in Xinjiang.

“China’s policies and practices targeting Uyghurs in the region must be viewed in their totality, which amounts to an intent to destroy the Uyghurs as a group, in whole or in part,” the report claimed.

A separate report published on February 8 by Essex Court Chambers in London, which was commissioned by the World Uyghur Congress and the Uyghur Human Rights Project, reached a similar conclusion that there is a “credible case” against the Chinese government for genocide.

No specific penalties or punishments are laid out in the convention for states or governments determined to have committed genocide. But the Newlines report said that under the convention, the other 151 signatories have a responsibility to act.

“China’s obligations … to prevent, punish and not commit genocide are erga omnes, or owed to the international community as a whole,” the report added.

Yonah Diamond, legal counsel at the Raoul Wallenberg Centre for Human Rights, who worked on the report, said a common public misunderstanding about the definition of genocide was it required evidence of mass killing or a physical extermination of a people.

“The real question is, is there enough evidence to show that there is an intent to destroy the group as such — and this is what this report lays bare,” he said.

All five definitions of genocide laid out in the convention are examined in the report to determine whether the allegations against the Chinese government fulfill each specific criterion.

“Given the serious nature of the breaches in question … this report applies a clear and convincing standard of proof,” the report said.

The Newlines Institute for Strategy and Policy was founded in 2019 as a nonpartisan think tank by the Fairfax University of America, with a goal to “to enhance US foreign policy based on a deep understanding of the geopolitics of the different regions of the world and their value systems.” It was previously known as the Center for Global Policy.

Thousands of eyewitness testimonies from Uyghur exiles and official Chinese government documents were among the evidence considered by the authors, Diamond said.

According to the report, between 1 million and 2 million people have allegedly been detained in as many as 1,400 extrajudicial internment facilities across Xinjiang by the Chinese government since 2014, when it launched a campaign ostensibly targeting Islamic extremism.

Beijing has claimed the crackdown was necessary after a series of deadly attacks across Xinjiang and other parts of China, which China has categorized as terrorism.

The report details allegations of sexual assaults, psychological torture, attempted cultural brainwashing, and an unknown number of deaths within the camps.

“Uyghur detainees within the internment camps are … deprived of their basic human needs, severely humiliated and subjected to inhumane treatment or punishment, including solitary confinement without food for prolonged periods,” the report claimed.

“Suicides have become so pervasive that detainees must wear ‘suicide safe’ uniforms and are denied access to materials susceptible to causing self-harm.”

The report also attributed a dramatic drop in the Uyghur birth rate across the region — down about 33% between 2017 and 2018 — to the alleged implementation of an official Chinese government program of sterilizations, abortions and birth control, which in some cases was forced upon the women without their consent.

The Chinese government has confirmed the drop in the birth rate to CNN but claimed that between 2010 and 2018 the Uyghur population of Xinjiang increased overall.

During the crackdown, textbooks for Uyghur culture, history and literature were allegedly removed from classes for Xinjiang schoolchildren, the report said. In the camps, detainees were forcibly taught Mandarin and described being tortured if they refused, or were unable, to speak it.

Using public documents and speeches given by Communist Party officials, the report claimed responsibility for the alleged genocide lay with the Chinese government.

Researchers cited official speeches and documents in which Uyghurs and other Muslim minorities are referred to as “weeds” and “tumors.” One government directive allegedly called on local authorities to “break their lineage, break their roots, break their connections and break their origins.”

Rian Thum, a report contributor and Uyghur historian at the University of Manchester, said in 20 years, people would look back on the crackdown in Xinjiang as “one of the great acts of cultural destruction of the last century.”

“I think a lot of Uyghurs will take this report as a long overdue recognition of the suffering that they and their family and friends and community have gone through,” Thum said.

‘The lie of the century’

The Chinese government has repeatedly defended its actions in Xinjiang, saying citizens now enjoy a high standard of life.

“The genocide allegation is the lie of the century, concocted by extremely anti-China forces. It is a preposterous farce aiming to smear and vilify China,” Foreign Ministry spokesman Wang Wenbin said at a news conference on February 4.
The detention camps, which Beijing refers to as “vocational training centers,” are described by officials and state media as being part of both a poverty alleviation campaign and a mass deradicalization program to combat terrorism.

“(But) you can simultaneously have an anti-terrorism campaign that is genocidal,” said report contributor John Packer, associate professor at the University of Ottawa and former director of the Office of the OSCE High Commissioner on National Minorities in The Hague.

World Uyghur Congress’ UK director Rahima Mahmut, who was not involved in the report, said a lot of countries “say (they) cannot do anything, but they can.”

“These countries, the countries that signed the Genocide Convention, they have an obligation to prevent and punish … I feel every country can take action,” she said.

While the report team avoided making recommendations to maintain impartiality, co-author Ibrahim said the implications of the its findings were “very serious.”

“This (is) not an advocacy document, we’re not advocating any course of action whatsoever. There were no campaigners involved in this report, it was purely done by legal experts, area experts and China ethnic experts,” he said.

But Packer said such a “serious breach of the international order” in the world’s second-largest economy raised questions about the global governance.

“If this is not sufficient to instigate some kind of action or even to take positions, then what actually is required?” he said.