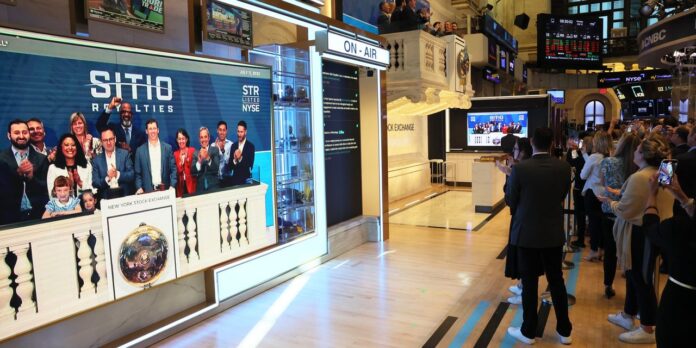 have reached a deal to merge to form one of the largest publicly traded mineral and royalty companies in the U.S., valued at about $4 billion, the companies said Tuesday.

Sitio and Brigham, like the rest of the industry, both have had increasing profits in the past few months on the back of rising oil prices.

Combining the two companies would allow the new entity to achieve economies of scale and become a leader in the minerals-rights industry, the companies said.

“The mineral and royalty space benefits from scale unlike any other business in the energy value chain,” Sitio Chief Executive Officer

Mineral owners take home a cut of the oil and gas pumped on their land in the form of royalty payments, often 12.5% to 20% of the value of the fuel. They don’t control the pace of development, but they aren’t on the hook for drilling or overhead costs, either, and they reap the benefits of high commodity prices.

Upon the deal’s closing,

a partner at private-equity firm Kimmeridge Energy Management, which currently owns 43.2% of Sitio’s shares outstanding, would become chairman of the new company, the companies said. Mr. Lockshin currently serves as chairman of Sitio. Mr. Conoscenti will serve as CEO of the combined company, which will be based in Denver and operate under the name Sitio.

The all-stock deal is expected to close in the first quarter of 2023, according to the companies. Under the terms of the deal, Sitio’s shareholders will own about 54% of the company, while Brigham’s will own the remaining 46%, the companies said.

Both Sitio and Brigham have been pursuing a consolidation strategy in the oil-rich Permian basin of West Texas and New Mexico, making substantial acquisitions this year.

Sitio was formed after the merger of Kimmeridge-owned Desert Peak Minerals Inc. and

Brigham has announced mineral and royalty interest deals in the region worth about $150 million so far this year. Sitio, meanwhile, purchased more than 40,000 net royalty acres in the Permian in the second and third quarters of the year, the company told investors last month, including a roughly $323 million acquisition in June.

Select breaking and enterprise stories about energy markets and businesses, through news alerts delivered to you via email.

The newly formed company would have interests in more than 34% of all wells drilled in the Permian in the fourth quarter of 2021, the companies said.

“Longer term as other plays continue to mature and inventory dwindles, exposure to the Permian will be key for royalty companies to maintain a pipeline of wells to be developed on their land,” said

an analyst at data firm Enverus.

said last month he is bullish on oil prices, citing supply-chain issues that limit production in the oil patch, issues related to Russia’s energy supplies, the need to refill the drawn-down Strategic Petroleum Reserve and what he described as the inability of the Organization of the Petroleum Exporting Countries to ramp up production.

“We’ve seen long-term structural advantages to being in energy,” he told investors.

—Collin Eaton contributed to this article.