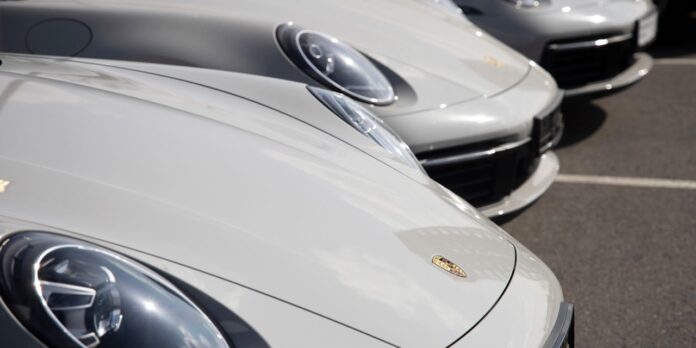 VW, Europe’s biggest auto maker by sales, said the companies’ boards would meet on Monday to discuss the private placement of common stock and whether to move forward with an initial public offering of 25% of Porsche’s nonvoting preferred shares. If approved, Porsche shares could begin trading at the end of the month or in early October, VW said.

Porsche SE is an investment fund majority owned by the family of the brand’s founder, while Porsche AG is the car maker itself.

Industry analysts have estimated that the listing could value Porsche, maker of the 911 sports car and the Taycan electric sedan, at between 60 billion and 85 billion euros, equivalent to a range of about $59.72 billion to $84.6 billion. This means the IPO could raise more than €10 billion, or twice that together with the placement of shares.

This would make it one of the largest IPOs in Europe in years. The biggest European IPO on record is the listing of Italian energy group Enel SpA, which raised $17 billion in 1999, according to Dealogic. But VW’s decision to float only the nonvoting stock has angered some investors and could make it harder to get top price for the shares, analysts said.

The way Porsche’s listing is structured, keeping voting stock for insiders and floating nonvoting shares for other investors, “is mainly about securing the family as an anchor shareholder in Porsche,” said

head of sustainability and corporate governance at Deka Investment. “The family wants to keep the reins in its hands.”

Recent management upheaval at VW also has investors worried. At the end of July, the Porsche-Piech family helped push out Herbert Diess, who had been CEO since 2018 and is credited with restoring VW’s tarnished reputation after the diesel emissions-cheating scandal and driving the company into electric vehicles.

The board tapped Porsche CEO

to replace him as the head of VW, but rankled some investors by allowing Mr. Blume to retain his job as Porsche chief. Some investors see potential for conflicts of interest in the dual role, especially ahead of the planned IPO.

At the end of July, an investor poll conducted by Bernstein Research showed that 71% of respondents thought Mr. Blume’s double role would have a negative impact on the Porsche IPO.

said in July that the company was still committed to the IPO, which he said would give Porsche more entrepreneurial independence, while VW “would get more flexibility in financing the transformation.”

VW launched an internal review in February to prepare a potential listing of Porsche. While the European economy has suffered under soaring energy prices since Russia’s invasion of Ukraine, VW executives have reaffirmed their commitment to an IPO in recent weeks.

In addition, VW would float 25% of Porsche’s nonvoting preference shares.

The listing would provide additional financing for VW’s transition into a leading maker of electric vehicles and for investments in autonomous driving and battery development.

designer of the original VW Beetle, and his son, Ferry Porsche, who built Porsche into a leading sports-car maker after World War II.

By 2007, Porsche was so valuable that it sought to take over the much larger Volkswagen. Following the financial crisis, Porsche ran into difficulties because of the huge loans it took to finance its takeover bid and later abandoned the effort.

In 2012, Volkswagen acquired Porsche AG, making the family the biggest shareholder in VW. With the acquisition of a blocking minority in Porsche, the family would restore some of its control over the car maker.

Write to William Boston at william.boston@wsj.com