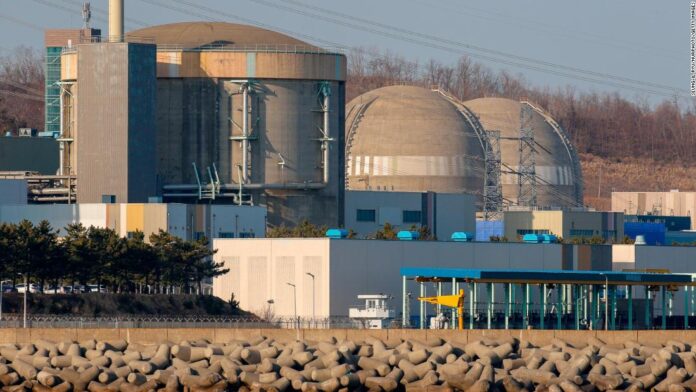 By 2030, the Energy Ministry wants nuclear to make up at least 30% of the country’s power generation — a step up from its previous goal of 27%.

To meet this, South Korea is restarting construction on two new reactors at the Hanul Nuclear Power Plant on the country’s east coast. Construction on the two reactors has been stalled since 2017, when former President Moon Jae-in — who had pushed hard to phase out nuclear energy — took office.

But with a new President in office, South Korea’s nuclear industry is returning at full speed.

Yoon Suk Yeol, who assumed the role in May, criticized Moon’s stance on nuclear energy and expressed support for the flagging industry throughout his election campaign.

“Due to the excessive push on nuclear phase-out, our world’s best nuclear technology has been devastated,” Yoon said in a Facebook post in February ahead of the election, adding that he wanted to “build a nuclear powerhouse.”

The work on the new reactors follows “the highest decision-making procedures of the Yoon administration,” the Energy Ministry said Tuesday, adding it would investigate how to treat “high-level radioactive waste.”

The country will still work to phase out coal, the Energy Ministry said Tuesday, and aims to reduce fossil fuel imports to 60% of the country’s total energy supply by 2030 — compared to 81.8% in 2021.

But the investment pouring into nuclear power might come at the cost of other renewable energy efforts, with the ministry saying its renewable targets would be “re-established.” It did not give specific figures for new targets.

“The specific ratio of different sources of power, such as solar and wind (offshore) energy, must be determined for optimal outcome,” the ministry said. “Utilization of zero carbon power sources should take technological circumstances into account.”

It added that a “feasible and reasonable energy mix” must be created.

During his presidency, Moon vowed to take the country carbon-neutral by 2050, and shift the balance of energy away from nuclear power and fossil fuels toward renewables and natural gas. His raft of initiatives included boosting renewable energy production and the use of electric vehicles.

The use of nuclear power came into question around the world after the meltdown at Japan’s Fukushima Daiichi plant, following a devastating earthquake and tsunami in 2011. Some nations, including Germany, pledged to do away with it altogether.

But in South Korea, nuclear power has long been big business. The country lacks natural resources and relies heavily on importing its energy supply from other countries.

According to the World Nuclear Association, 25 domestic nuclear power plants provide about a third of South Korea’s electricity needs.

The country is also a major exporter of nuclear technology to the world, and is involved in the construction of the United Arab Emirates’ first nuclear power plant.