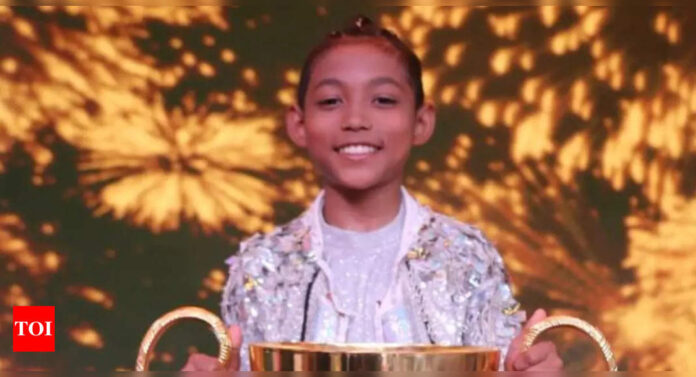 Last night, Nobojit Narzary from Assam was declared the winner of DID L’il Masters Season 5. The nine-year-old said that he never ever thought he would be the winner even in his dreams. But the kid has had an interesting journey so far on the show. After Nobojit won the show, judge Remo D’souza said to him that he had shown the highest amount of improvement on the show since the time he had auditioned for it.

Nobojit has worked hard to reach here. Even before he became part of the show, he was living with his dance teacher for two years. He said, “I was living with my dance teacher Dipika ma’am for two years. She was very happy to see me win. My parents had only suggested that I live there with her because travelling from my place to her home was very far. It was difficult for us to do that every day for my dance practice. That’s the reason why I was living there. But I used to miss my mother a lot because I am very close to her.”

The little master is studying in Class V and he wishes to become a dancer. He shared, “That’s my dream. For now, I want to balance my dance and my studies. Our classes were online in the last two years, so that helped me.”

Nobojit, who hails from Assam, is aware of the flood situation back home. He said, “The place where I live is not flooded and my family is fine. I will be going back home today. I hope that the situation in Assam gets better soon.”