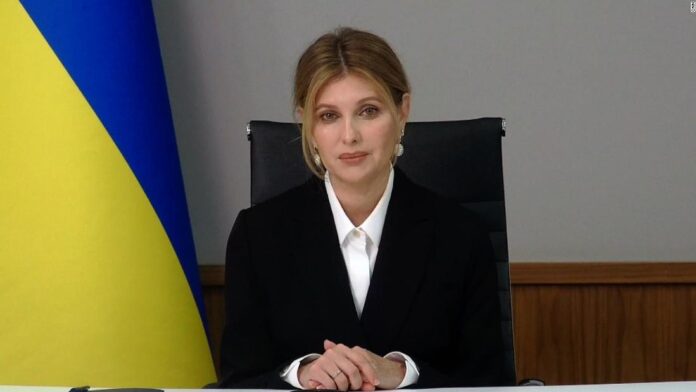 “It’s very difficult to hold on for five months,” Zelenska told CNN’s Christiane Amanpour. “We need to accumulate our strength, we need to save our energy.”

“We cannot see the end of our suffering,” she said.

Russian forces have eliminated most Ukrainian defenses in the Luhansk region and consolidated control of a belt of territory in the south. Luhansk and neighboring Donetsk together make up Ukraine’s Donbas region, an industrial heartland dotted with factories and coal fields that has been home to sporadic fighting since 2014, when Russian-backed separatists seized control of two territories — the self-declared Donetsk People’s Republic and Luhansk People’s Republic.

Zelenska’s husband, President Volodymyr Zelensky, told the leaders of the G7 Monday that he wants to bring the war in Ukraine to an end by the start of next year.
For now, fighting continues to rage in the east, with missiles striking targets throughout the country — including, on Monday, a shopping mall where at least 1,000 people were inside when the air raid siren sounded. At least 18 people were killed and dozens remain missing.
Like her husband, Zelenska called the attack “terrorism.” While she said she was “shocked” by the incident, she explained that she was exasperated by just how many times the methods of the Russian military have left her flabbergasted.

“We were shocked many times. I don’t know what else the occupiers can shock us with,” Zelenska said.

Zelenska said she and her children did not see Zelensky for two months of the war. During the early days of the war, the president lived in his office and his family was forbidden to stay there to keep them safe.

The fighting has since moved further from Kyiv, allowing the family to get together — but not for extended periods of time.

Their experience, Zelenska said, is not unique. She estimated that half of all Ukrainian families have been separated by the war.

“Our relationship is on pause, just as it is for all Ukrainians,” she said. “We, just like every family, are waiting to be reunited, to be together again.”

Zelenska said she and others are trying to are coping by “trying to find joy in simple things,” even if they are fleeting. She likened herself to a photograph in the city of Borodianka, a city east of Kyiv occupied by Russian forces in the early days of the war.

The image, Zelenska said, showed a series of bombed out, flattened buildings, with only one thing remaining — a cupboard.