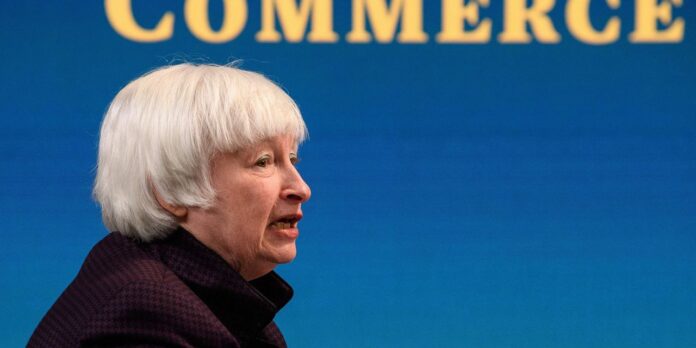 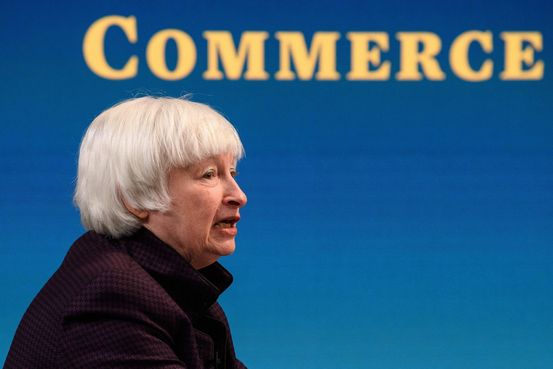 WASHINGTON—The U.S. dropped a Trump administration demand in global corporate-tax negotiations, removing one obstacle to an agreement on adapting the tax system to the digital economy.

said Friday that the U.S. would no longer insist on a “safe harbor” under which some elements of the tax rules would be optional. The idea, proposed in late 2019 by her predecessor,

drew objections from European counterparts, though talks on how it would work never advanced very far.

Ms. Yellen made her remarks to finance ministers of the Group of 20 advanced and emerging-market economies at a virtual meeting. According to a Treasury official, Ms. Yellen said the U.S. would continue to engage on both parts of the tax project being led by the Organization for Economic Cooperation and Development: a push to redefine where corporate income is taxed and a parallel effort to impose minimum taxes.

Ms. Yellen’s decision doesn’t guarantee that a deal will be reached. The global talks have moved in fits and starts for years, driven by European countries’ frustrations that U.S. technology companies such as

have such a large presence in their economies but pay relatively little in corporate taxes.

Corporate profits are taxed where value is created, not where customers are located. Negotiators have sought to give countries where international companies operate more power to tax them. In the absence of a deal, some have imposed digital-service taxes that are levies on the companies’ revenue from those jurisdictions.

European governments have shown little willingness to withdraw those levies, arguing that the rise in profits recorded by digital-services companies during the pandemic underlines the need for a new approach to taxation. Many believe the pandemic has accelerated a digitization of the global economy and would deprive them of tax revenues that will be needed to repair their finances after the pandemic is contained.

Without a deal, they say, technology businesses will face a bewildering array of national taxes based on slightly different ways of calculating profits—and the possibility that profits could be taxed multiple times. Several of those digital-services taxes are already in effect, for instance in France.

“It would be a big mistake if there were just national solutions,” German Finance Minister

told a meeting of the 137 countries seeking a deal at their most recent meeting late last month.

U.S. officials—both Republicans and Democrats—have balked at those unilateral taxes, calling them discriminatory and unfair. The Trump administration retaliated with tariffs, which haven’t taken effect yet.The U.S. sees a global deal as a path to get those levies removed.

Big U.S. technology companies have likewise opposed the patchwork of one-time national taxes on digital services, which they contend unfairly target them. They have urged governments to strike a deal at the OECD, the Paris-based group of advanced economies.

“We are optimistic about reaching consensus on global tax reform for the digital age this year,” said Christian Borggreen, vice president and head of the Brussels office at the Computer & Communications Industry Association, which represents companies including

The OECD is guiding negotiations among a group of 139 countries that is known as the Inclusive Framework. Their self-imposed deadline for finding an international agreement is June. The initial deadline, which was the end of 2020, was extended when the pandemic struck.

Mr. Mnuchin proposed the safe-harbor idea in December 2019, suggesting that a system that is optional would be easier for Congress and U.S. businesses to accept. Ms. Yellen, until Friday, had said little about the Biden administration’s views on these subjects.

—Kate Davidson and Sam Schechner contributed to this article.

Write to Richard Rubin at richard.rubin@wsj.com and Paul Hannon at paul.hannon@wsj.com