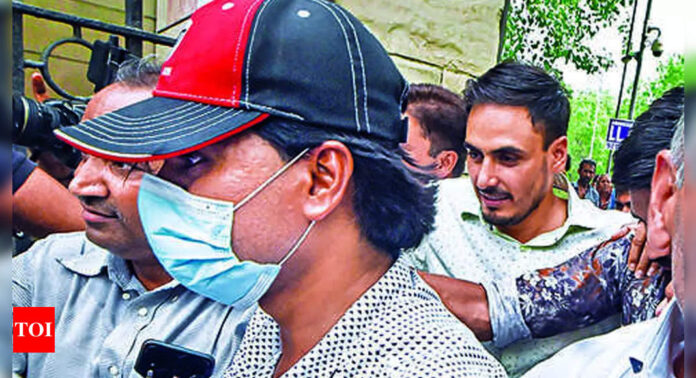 NEW DELHI: A Delhi court on Saturday dismissed bail plea of Alt News co-founder Mohammed Zubair and sent him to 14-day judicial custody.
The police produced Zubair before the court on expiry of his five-day custodial interrogation and urged it to send him to 14-day judicial remand, saying they might need his custodial interrogation later.
During the hearing, public prosecutor Atul Srivastava informed the court that the police has invoked new provisions — sections 120B (criminal conspiracy) and 201 (destruction of evidence) of the Indian Penal Code and section 35 of the Foreign Contribution (Regulation) Act — against Zubair.
He claimed that the accused accepted money through Razorpay payment gateway from Pakistan, Syria and other countries, which requires further investigation.
After the police application, Zubair moved the bail application before the court.
Zubair was earlier booked under sections 153 (wantonly giving provocation with intent to cause riot) and 295 (injuring or defiling place of worship with intent to insult the religion of any class) of the IPC.
(With agency inputs)