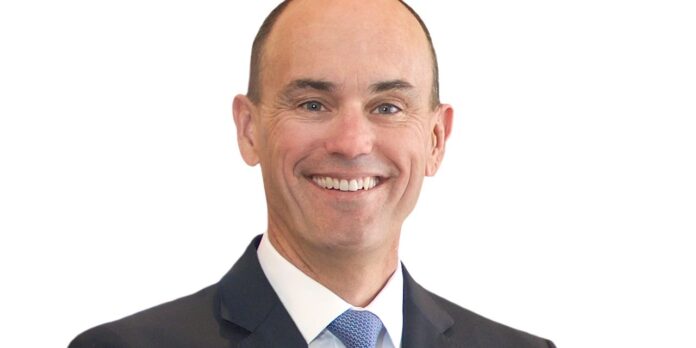 McKinsey & Co. said Bob Sternfels will take over as its global managing partner in July after its current leader, Kevin Sneader, failed to win a second term amid internal dissatisfaction with his handling of several crises at the elite consulting firm.

Mr. Sternfels, a San Francisco-based senior partner who leads the firm’s client capabilities practice, will become the 13th partner to head McKinsey since its founding in 1926. He succeeds Mr. Sneader, the first McKinsey leader in decades not to win a second, three-year term. McKinsey’s 650 senior partners effectively voted Mr. Sneader out of the role last month by not awarding him enough ballots to proceed to a final voting round.

Instead, the runoff came down to a decision between Mr. Sternfels and Sven Smit, co-chairman of the McKinsey Global Institute, the firm’s business and economics research arm, in an unusually public leadership contest at the influential consulting firm. Mr. Sneader lost support in part because some partners chafed at changes he pushed that were intended to keep McKinsey free of scandal, but also limited some partners’ autonomy, people familiar with the matter said. Mr. Sneader will be the global managing partner until July and afterward will remain a senior partner.

“I am honored to be chosen by my peers as the next global managing partner of McKinsey,” the 51-year-old Mr. Sternfels said in a statement. “Working together with my partners and colleagues, I am determined to use this moment to make our partnership stronger, more inclusive and better able to help our clients thrive in a fast-changing world.”

In his most recent role, Mr. Sternfels has focused on expanding McKinsey’s capabilities in digital and advanced analytics, the firm said. A McKinsey veteran of 26 years, he previously led McKinsey’s operations practice in the Americas and its private equity and principal investors practice globally.

Mr. Sternfels faces some of the same challenges his predecessor did: Moving McKinsey past a series of crises that have tarnished the reputation of the pedigreed consultancy and overcoming the inner-firm tensions that led to Mr. Sneader’s short-lived leadership tenure.

One of the biggest tasks on Mr. Sneader’s plate was resolving McKinsey’s previous work advising OxyContin maker Purdue Pharma LP and other drug manufacturers to aggressively market opioid painkillers—resulting in a $573 million settlement last month. The firm had also drawn scrutiny over its work with e-cigarette maker Juul, as well as some autocratic foreign governments, including Saudi Arabia.

Mr. Sternfels was involved in another McKinsey controversy, a high-profile fight over its small but lucrative bankruptcy business. In December, McKinsey agreed to walk away from $8 million in fees in a settlement with the U.S. Justice Department over how the firm disclosed potential conflicts of interest. In both the opioid and disclosure settlements, McKinsey admitted no wrongdoing.

Much of Mr. Sneader’s response to those crises amounted to exerting more control over the firm’s decentralized culture, fueling dissent within its senior ranks, people familiar with the matter say. With 30,000 employees and more than $10 billion in annual revenue, McKinsey counts itself as one of the world’s largest private partnerships. Its partners have historically enjoyed wide latitude over their work and clients.

One change he oversaw requires the firm’s top partners to approve controversial new clients, and McKinsey has also said it won’t accept work for defense, intelligence, justice or policing institutions in nondemocratic countries. This made it potentially harder for non-U.S. partners to take on some clients, and was seen as a centralization of power away from partners, according to people familiar with operations. Some partners, particularly those overseas, also pushed back against the opioid settlement, asking why the firm didn’t fight more and why it had to pay so much money if it wasn’t admitting wrongdoing, those people said.

In a statement, Mr. Sneader hailed his successor. “In leading our client capabilities for the past three years, Bob has consistently pushed our firm to raise our sights, innovate and ensure we can always deliver the best possible advice to our clients,” he said. “I look forward to working with Bob to help our clients thrive, support our people and strengthen our firm and partnership for the future.”