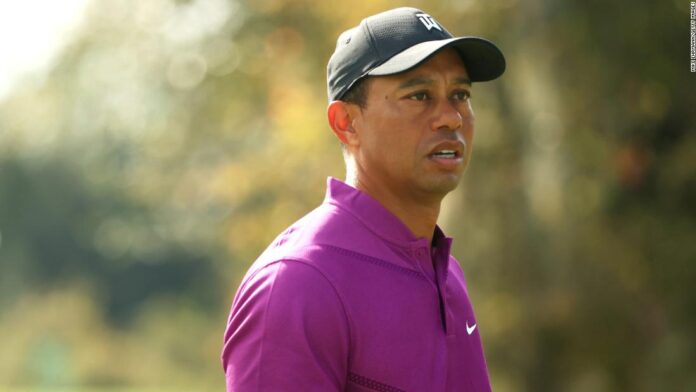 World No. 11 McIlroy, appearing on Tuesday’s “The Tonight Show with Jimmy Fallon,” was asked by the television host if he had heard from Woods.

“I have. I’ve spoken to him a little bit,” said McIlroy. “He’s doing better. I think all the guys have reached out to him and hopefully if things go well over the next week or so he might be able to get home and start recovery at home, which would be great for him, so, see his kids, see his family.

“He’s doing better and just I think all of us are wishing him a speedy recovery at this point.”

Woods suffered serious leg injuries in a single-vehicle rollover acciden near Los Angeles, where his SUV crossed a median, went across two lanes of road, then hit a tree and landed on the driver’s side in the brush.

Woods’ injuries included open fractures to his tibia and fibula that required a rod to be inserted, and additional injuries to the bones of the foot and ankle that were stabilized with screws and pins.

When Woods crashed his car in Southern California last week, he told sheriff’s deputies that he had no recollection of driving or how the accident happened, according to a Los Angeles County affidavit for a search warrant of the vehicle’s black box.

Woods was driving February 23 in Rancho Palos Verdes, near Los Angeles, shortly after 7 a.m. PT when his Genesis SUV hit a “Welcome to Rolling Hills Estates” sign, crossed a center divider and traveled more than 150 feet across the shoulder of the road through shrubbery and uprooted tree before coming to a stop on the driver’s side, according to the affidavit.

The documents, obtained by CNN, said Woods regained consciousness before sheriff’s deputies arrived at the scene of the crash.

While he remained sitting in the driver’s seat of the vehicle with blood on his face and chin, Woods told the deputies he had no recollection of driving or how the collision occurred