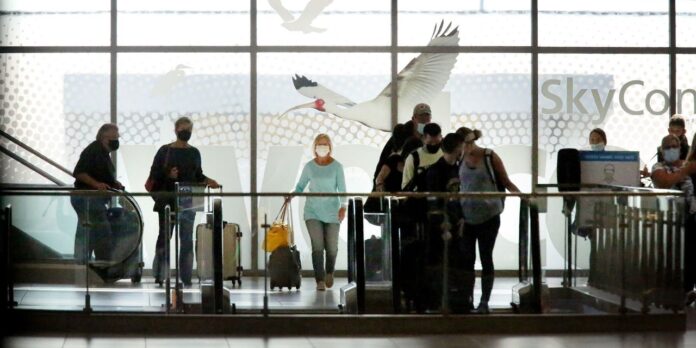 Major airlines this week reiterated confidence that the travel market, at least for leisure, is rebounding from the deep losses suffered during the coronavirus pandemic. Executives said they hope the trend will continue into the summer vacation season.

“We believe the worst is now finally behind us,” said Southwest Chief Executive

The industry is on a speedier path to recovery than some executives thought possible in January, when Covid-19 cases surged and airlines’ prospects appeared bleak. Travel demand hit an inflection point in February or March, executives said, after languishing for most of last year. Airports were busy with spring break travelers and future vacation bookings started to pick up.

Southwest, American and other airlines are recalling pilots and flight attendants who haven’t been needed for months, preparing for what could be a bustling summer of vacations and family visits that travelers put off during the pandemic. American said it plans to hire 300 additional pilots late this year.

Southwest said it expects that by June its operation will stop losing more cash than it takes in. The airline’s first-quarter profit was lifted by $1.2 billion in federal aid that covered salaries and benefits during the quarter. Adjusting for that and other one-time items, Southwest reported a loss of $1 billion.

Airlines have had their hopes for a travel rebound dashed before. Each time last year it seemed like Covid-19 cases had leveled off and demand started to pick up, another surge wiped out the tepid demand increases. Even as case numbers have started to climb again, airline executives hope that widespread vaccination will mean that the increases in passengers’ bookings will stick this time.

“In this case, we have vaccines,” American CEO

said during a conference call with analysts and investors. That is “something that feels much more permanent.”

Airline executives have said they don’t expect business travel to resume in earnest until at least later this year, when more companies are expected to bring employees back to their offices. American executives told analysts and investors Thursday that there are some signs of growing demand, particularly from small business, while some larger corporate customers have indicated they plan to resume travel in the third quarter.

Southwest, which is making a big push to lure more corporate accounts, said it is planning for business travel demand to remain down 50% to 60% at the end of the year.

The recovery’s trajectory has illuminated a divide between airlines that rely heavily on business travel and international markets, like American,

and those historically geared more toward leisure travelers.

Southwest’s largely domestic network has helped insulate it from the effects of closed borders and government travel restrictions that have hollowed out international traffic. The airline has embarked on an aggressive expansion program that includes adding 17 new cities to its network, and plans to climb back toward normal flying levels in the coming months. Its flying capacity was down nearly 40% in the first quarter from 2019 levels, but by June, the airline expects to fly 96% of its pre-pandemic schedule.

At this point in the pandemic, do you feel comfortable traveling by air? Why or why not? Join the conversation below.

American is also planning a big increase in flying this summer, adding scores of new domestic routes and anticipating overall flying capacity of 75% to 80% of pre-pandemic levels.

The next big hurdle for airlines: fares. Ticket prices have been depressed throughout the pandemic, a boon for passengers but a drag for carriers. Now carriers said fares are starting to rise as summer demand heats up.

“We’re seeing a lot of cases where, especially on peak holidays and things like that, where, frankly, the demand for seats is greater than supply,” American Chief Revenue Officer Vasu Raja said.

which reported a $131 million loss in the latest quarter, said summer fares in some cases are surpassing 2019 levels.

However, with many airlines adding flights to the same popular destinations, other executives have said competition could cap fare increases.

United, which earlier this week reported that it lost $1.4 billion in the first quarter, said it needs business and international traffic to recover to 65% of pre-pandemic levels to turn a profit. Both segments are down about 80% now, as many international borders are closed and many businesses are still keeping workers home until at least later this year.

While United is also resuming its pilot hiring and adding more flying to capture a larger share of domestic leisure demand, CEO

said the airline will remain conservative this summer.

Discounter Spirit Airlines Inc., which primarily serves vacationers, said Thursday that it plans to fly nearly as much in the second quarter as it did before the pandemic, operating 94.5% of 2019 capacity.

Write to Alison Sider at alison.sider@wsj.com